With the homebound work and leisure economy, users didn't want to compromise on the audio quality, be it the in-built sound or through personal audio devices. 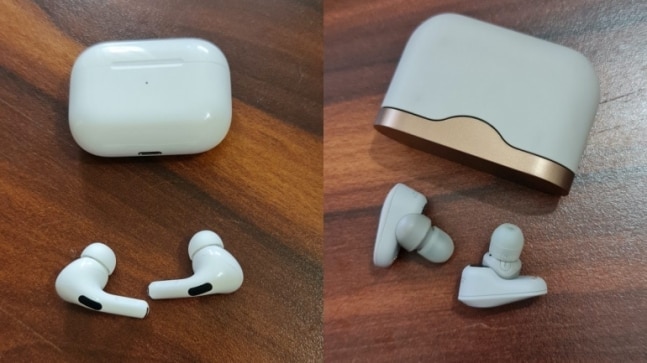 The change in use pattern also led to an increased demand of products that were easy to use.

For the Indian users, loudness was the only aspect that mattered when it came to audio quality. The past year made them take note. With the homebound work and leisure economy, users didn't want to compromise on the audio quality, be it the in-built sound or through personal audio devices.

In 2020, the awareness also went beyond the usual. Users were not just craving for entertainment but were also looking for devices that could help them work remotely or take online education.

The Explosion of TWS Segment

The change in use pattern also led to an increased demand of products that were easy to use. And, the category that truly exploded was the TWS or Truly Wireless Stereo Segment. Remember how Apple was mocked when it removed the wires from the Earpods and introduced the AirPods? Well, it is having the last laugh.

The earbuds were the hottest gadget in the first half of 2020, with almost everyone wanting to launch one. To say that this was only because of pandemic would be unfair, but yes it certainly played a role.

Apple continued to dominate the segment with its AirPods Pro but both Sony and Sennheiser used their sound expertise to launch impressive devices like WF-1000XM3 and Momentum True Wireless 2 both of which set new standards for noise cancellation and battery life.

"In personal Audio category, Noise Cancellation was the most sought-after feature in all the three form factors such as overhead, in-ear and truly wireless. A longer battery life was another key feature that customers wanted from personal audio products for non-stop usage for entertainment, educational and work purpose," Mani B, Product Manager, Audio Business at Sony India told India Today Tech.

While the premium segment was dominated by the legacy brands, there was a void in the budget category, which was filled by the smartphone manufacturers that launched affordable TWS. The customers got first-glimpse of affordable TWS when Realme Buds Air were launched late 2019. However, it took the second quarter of 2020 for these brands to truly make their mark.

Xiaomi launched different pairs of TWS all positioned in the sub-Rs 5,000 segment while Realme also expanded its portfolio. The fact that Xiaomi's first pair of TWS were launched in India almost five years after its arrival in the country, is a testament to the fact that the category was truly growing.

Vivo, Oppo and OnePlus also launched their TWS in the year gone by, leading to more options and healthy competition in the segment. Homegrown brands like Noise, Boult and pTron also took giant strides in the last 12 months.

This is was the first time when customers got access to features like Active Noise Cancellation on a tight-budget. Superior codec formats like LDAC don't cost a fortune anymore either.

The customers had more choices across price points. They were in a position to lock on certain features and avoid others. But, when it came to design, there was little to choose from especially in the budget segment. Most affordable TWS had Apple AirPods-inspired design which became boring after a point.

This is one of the biggest complaints of 2020. Where was the innovation!

Not that no one tried. Jabra and Sony had entirely different form factors from what anyone was offering but there products were far too bulky and expensive. Samsung tried to re-invent the concept with its bean-shaped Buds Live which was a refreshing move but far from convincing.

Hopefully, more manufacturers will pay attention to this and come up with stand-out designs that find a balance between good fit and noise cancelling in 2021.

Good audio wasn't required to enjoy music. It became a necessity in 2020. Several users struggled in the initial days of lockdown, unable to join team calls or take online classes because of poor sound output or inability to access good audio devices. This led to an increased demand of quality headphones, soundbars and home theatres. As the industry experts believe, audio got its due credit.

"The need for quality audio to conduct seamless business operations, connecting people in real time, providing live images and audio between two or more sites, has been the most crucial. People are certainly giving audio its due diligence and we see a requirement for enhanced audio quality for conducting everyday activities as we adapt to the ongoing digital transformation for work and leisure," Ashim Mathur, Senior Regional Director, Emerging Markets, Dolby Laboratories says.

The past year also saw a rise of virtual music concerts, podcasts, etc with most content creators also stuck at home. These creators were also dependent on technology and better audio devices for success.

Lastly, most of us were dependent on home entertainment to get through the pandemic. Be it movies, sports or any other form of entertainment, good home audio devices were needed to enjoy them. Sadly, most televisions in India have restricted themselves to 20W to 24W audio output and the quality also deteriorates over time, leaving no other option but to turn towards soundbars or home theatres.

Going forward, the customers will pay attention to televisions that have better audio output as it will add to the longevity of the device and also help them save on additional appliances.

Will Audio Shape-up How Your Phones Look in Future?

It is clear that content consumption will shape how audio evolves over the next 12 months. We are already witnessing a tough battle on the hardware front. Apple's entry into the headphone category was a major defining moment for the industry. Its AirPods are still the most popular pair of TWS and if the Cupertino-based tech giant is able to replicate the success, it will push others to up their game.

Interestingly, the audio devices can also dictate how your smartphones look going forward. Xiaomi has patented a smartphone design that has a separate compartment to house the earbuds similar to what Samsung's Note series has for the S Pen. Lenovo's ThinkBook 15 Gen 2 also houses a tray that can carry your earbuds. None of these concepts are turning into reality anytime soon but give several reasons to technology enthusiasts to be excited about.

Despite the continuous chatter around the wireless world and rise of TWS segment, one can't imagine a present without wired earphones, for they remain to be the most 'reliable' audio device. That can change fast if the customers keep getting improved affordable wireless alternates.

As far the consumers go, they are clearly the winners here. The users can expect top-quality products across segments in 2021 as well, giving them more options and better value for money.