Chanda Kochhar's fall from grace-here is how she was caught, step by step

From being India Inc's poster woman to getting booked by the CBI in connection with quid pro quo loans to the Videocon Group and having a lookout notice issued against her, the former ICICI Bank chief's downfall has been shockingly rapid 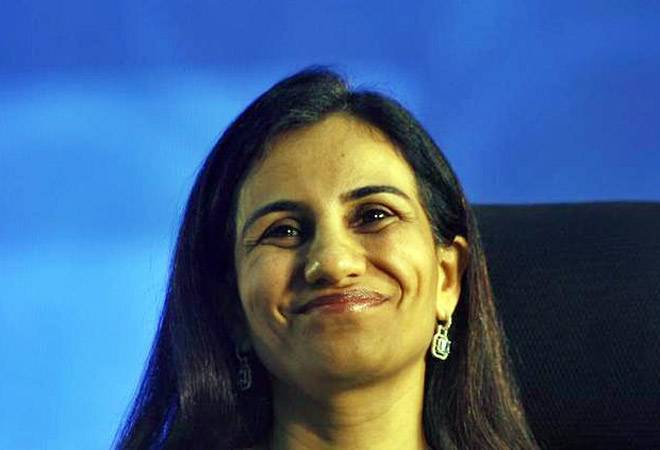 She was the first woman to head an Indian bank, having fought out one of the toughest succession battles in corporate India. For over a decade she consistently ranked among the country's most powerful women and was pretty much India Inc's poster woman. Today, the CBI issued a look out circular against her in a loan fraud case that has hogged the headlines for over six months.

We're talking about Chanda Kochhar, the former managing director and CEO of ICICI Bank. Here's a timeline of her fall from grace:

March 2016: Shareholder activist Arvind Gupta, who is also the founder and trustee of Indian Investors Protection Council, writes to Prime Minister Narendra Modi on March 15, 2016, red-flagging "the illicit banking and commercial relationship between Videocon Group of Venugopal Dhoot and ICICI Bank's MD & CEO Chanda Kochhar's family". When Gupta did not hear back from the authorities, he eventually reproduced the letter on his blog in October 2016.

July 2016: The RBI conducts a detailed probe into the matter after the Prime Minister's Office referred the allegations of Kochhar's husband, Deepak, reaping windfall gains from his association with Dhoot, whose company was a large debtor to ICICI Bank. But it finds no proof of any reciprocal benefits being extended by ICICI Bank to the Videocon Group.

March 2018: While the country is still reeling under the Rs 13,000 crore PNB-Nirav Modi scam, the mainstream media picks up Gupta's blog post, and this time the matter makes major waves. But before the end of the month, ICICI Bank's board reviews the bank's internal processes for credit approval and declares them robust. It also expresses full faith and confidence in Kochhar, adding that there is no question of any quid pro quo, nepotism or conflict of interest as is alleged in the "rumours".

But on March 31, the Central Bureau of Investigation kicks-off a preliminary enquiry against Deepak Kochhar to look into the allegations.

April 2018: Facing allegations of improper conduct Kochhar, who had headed the country's third-largest lender since May 2009, backs out of the annual session of FICCI Ladies Organisation, where she was to be felicitated by President Ram Nath Kovind.

Doubts are fanned further when the CBI picks up Kochhar's brother-in-law Rajiv Kochhar for questioning in the same month. The allegation here is that his company, Avista Advisory, got the mandate to restructure foreign currency-denominated debt deals worth over $1.7 billion of seven companies, all of which had taken loans from ICICI Bank at the same time.

May 2018: The Securities and Exchange Board of India (Sebi) sends a notice to Kochhar, seeking her response on the alleged non-compliance with disclosure norms in dealings with the Videocon Group and Nupower Renewables, a company co-founded by her husband.

In the face of the growing brouhaha, fanned by another anonymous whistleblower's allegations against Kochhar, ICICI Bank's board institutes an independent enquiry. However, the scepticism among corporate governance experts and investors alike following the interim report giving the bank a clean chit, eventually prompts the board to consider a second, more detailed probe.

June 2018: ICICI Bank appoints former judge of the Supreme Court BN Srikrishna to head the external probe into the allegations of corporate misconduct against Kochhar. She soon goes on indefinite leave till the investigation is complete but at least initially the bank calls it her planned annual leave. Before long Sandeep Bakhshi takes over the reins of the bank on an interim basis.

October 2018: In a sudden development Kochhar resigns from her position, even before the Srikrishna panel submits its report. The 57-year-old's second term at the bank's helm would have ended in March 2019 had all gone well. She also exits the Board of Directors of ICICI Bank's subsidiaries.

January 2019: The CBI books Kochhar, her husband and Dhoot for alleged cheating and corruption in sanctioning loans to the Videocon Group, which caused a loss of Rs 1,730 crore to the bank. The agency alleged that ICICI Bank sanctioned six high-value loans to various Videocon companies between June 2009 and October 2011, starting soon after Kochhar took over as CEO. In fact, she was reportedly a part of the sanctioning committee which had approved a loan of Rs 300 crores to Videocon International Electronics Ltd (VIEL) and Rs 750 crore to Videocon Industries Ltd (VIL).

The former amount was reportedly disbursed into the VIEL account on September 7, and according to the CBI, the "very next day" Dhoot had transferred Rs 64 crore from VIL to NuPower Renewables Limited, the company owned by her husband Deepak Kochhar.

Days later, the Srikrishna panel submits its report, which finds Kochhar guilty of violating various regulations. The lender then decides to stop all unpaid retirement benefits and also recover bonuses worth Rs 9.82 crore paid to her since 2009. "I am utterly disappointed, hurt and shocked by the decision," Kochhar says in a statement referring to the bank's decision to treat her resignation as a "termination for cause" following the probe report.

February 2019: The Enforcement Directorate (ED) registers a criminal case of money laundering against Kochhar and the others.