Of the 1484 companies admitted for resolution under IBC, 612 are from the broader manufacturing sector, which includes metals, textiles, food and beverages and machinery and equipment. 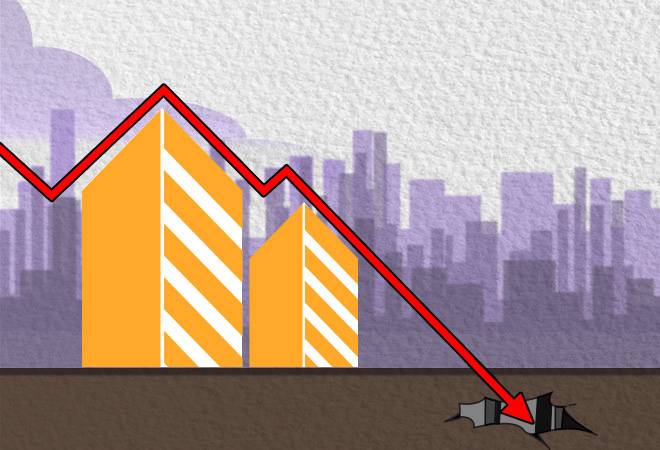 Though distress ruled over most sectors in the Indian economy in the last couple of years, the data of Insolvency and Bankruptcy Board of India (IBBI) shows that the companies in real estate and renting business have been affected most, besides the same in construction, retail & wholesale trade, metals and textile.

Of the 1484 companies admitted for resolution under Insolvency and Bankruptcy Code (IBC), 612 are from the broader manufacturing sector, which includes metals, textiles, food and beverages and machinery and equipment. There are only a few non-affected sectors, which include information technology (IT) and the allied services, while IBC does not cover the bankruptcy in banking, insurance and financial services (BIFS) sectors. Though gross financial mismanagement is considered one of the reasons for ending up in bankruptcy, the sectoral turbulences have also played a part in many cases.

From real estate and renting sector, 235 companies have filed for bankruptcy in the last two years until December 2018. Of that, 87 cases are closed and hearing is going on in 148 cases. The lenders are struggling to recoup loans, amounting to $20 billion from troubled property developers after worst home-sales slump of the decade. At present, the banks are taking control of land parcels and unfinished projects that can be sold along with loans for recovering the dues. The fact is, investing in residential real estate will not give 20-30 per cent annual returns or double your investment in about 3-5 years any more as it did back in the golden days of 2001-2007.

The slowdown in the construction industry has led to the bankruptcy of 153 companies, while wholesale & retail trade (151 companies in the sector have admitted for bankruptcy trials) was affected by the sluggish demands. Of the 612 manufacturing companies admitted for resolution, 259 cases are closed after hearing, while 353 cases are pending.

Almost 20 months ago, Reserve Bank of India (RBI) had first asked the banks to take the 12 big loan defaulters to National Company Law Tribunal (NCLT) and try under IBC. The move, which was perceived as a bold step, was expected to tame the ballooning non-performing assets (NPAs) on the books of banks and revive the debt-ridden companies bringing in a responsible management, has not achieved the desired results. Of the 1484 bankrupt companies admitted for resolution, just 79 are being sold until December-end. The liquidation process initiated in 302 cases and 62 companies are withdrawn from insolvency using the amended section 12A. Another 142 cases are closed on appeal or settled.

There are 898 cases pending for resolution. The IBC allowed resolution time of 270 days are over in 275 cases. The current law allows a maximum 270 days for resolution--- an initial 180 days and an extra 90 days extension on case-by-case basis. By December end, 166 cases have crossed initial deadline of 180 days. One reason for the delays is that the government has made many changes in the law through amendments. There are lengthy legal proceedings due to complications in defining the law. The lack of sufficient resources in terms of insolvency professionals, judicial benches, and technical experts at NCLT is another issue.

The resolution process was first initiated in the 12 big companies, which together had an outstanding claim of Rs 3.45 lakh crore, and soon after four companies had been handed over to the new promoters -- Electrosteel Steels to Vedanta, Bhushan Steel to Tata Steel, Monnet Ispat to JSW Steel, and Amtek Auto to Liberty House. NCLT had ordered to liquidate Lanco Infratech and Jyoti Structures. The remaining six cases are still stuck in the lengthy court proceedings. The Ahmadabad bench of the National Company Law Tribunal (NCLT) recently concluded the hearing on the Rs 42,000 crore resolution plan of ArcelorMittal for the distressed Essar Steel India and reserved its judgement.