Shikara Box Office Expectation: Shikara is expected to do average at the box office owing to its clash with the T-Series backed Malang. Here's for more 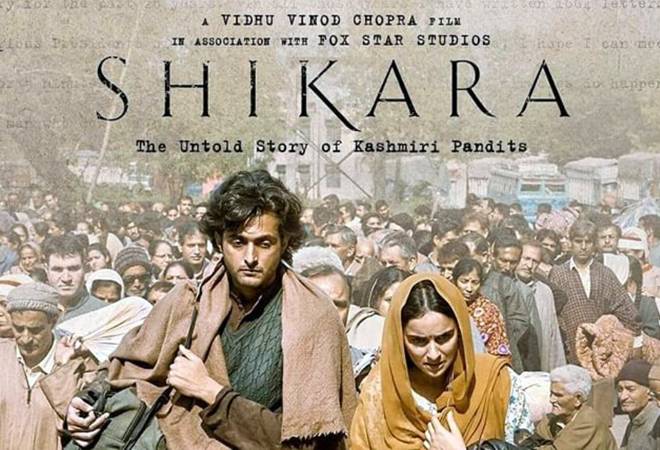 Shikara is expected to receive a lukewarm response because of the subject and the casting of the film. The Vidhu Vinod Chopra directed film stars newcomers such as Aadil Khan and Sadia in pivotal roles and is focused on the subject of exodus of Kashmiri Pandits whereas Malang is a romantic action thriller focused on a dramatic event in the lives of youngsters Advait and Tara after which their paths cross with police officers Anjaney Agashe and Micheal Rodrigues. The film stars A-listers such as Anil Kapoor and Disha Patani in lead roles.

The Vidhu Vinod Chopra directed movie Shikara is slated to release on February 7. Bankrolled by Fox Star Studios, the film stars newcomers like Aadil Khan and Sadia in lead roles.

Shikara based on the exodus of Kashmiri Pandits in the 90s is expected to perform averagely at the box office as per trade experts owing to its clash with the Mohit Suri directed romantic action thriller Malang.

Shikara draws its inspiration from several sources including Rahul Pandita's book, Our Moon Has Blood Clots. Chopra said that this social drama is dedicated to his mother Shanti Devi. He told India Today that it took him 11 years to make this film. When asked whether the film was targeted towards any community or not, Chopra said the film does not "attempt to spread hatred against one community, but an attempt to tell our story".

Rahul Pandita whose book is the inspiration behind Shikara said, "This film is the first attempt to present our story in front of the world. It's been 30 years since we had to flee and we haven't gotten justice yet. Justice ki baat toh ab jaane dijiye, at the very least, we need an acknowledgement."