Total Dhamaal has made a business of Rs 33.23 crore in Mumbai and Rs 16.89 crore in Delhi and UP markets. 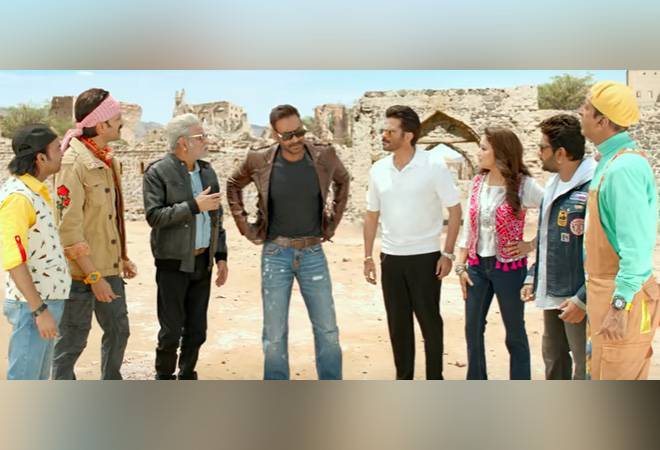 Ajay Devgn and Anil Kapoor starrer-Total Dhamaal has been dominating at the box office despite new releases like Luka Chuppi and Sonchiriya. The adventure-comedy movie has raked in over Rs 120 crore in 11 days. The Dhamaal franchise's third instalment made a business of Rs 23.22 crore in the second weekend alone. On its second weekend, the film earned Rs 4.75 crore on Friday, Rs 7.02 crore on Saturday and Rs 11.45 crore on Sunday.

Director Indra Kumar's film is doing well in Mumbai and Delhi circuit. The film has made a business of Rs 33.23 crore in Mumbai and Rs 16.89 crore in Delhi and UP markets.

Besides, this multi-starrer movie has raked in $ 5.5 million approximately, in the overseas market. In the US and Canada, Total Dhamaal has minted $1.74 million, in UAE $ 1.64 million and $555,000 in Australia, reported by film critic and business analyst Taran Adarsh.

Total Dhamaal's success at the box office has proved that director Indra Kumar knows the pulse of audience, said Taran Adarsh as Kumar has delievered a string of hits in his career. By making films like Dil, Beta, Ishq, Masti, Dhamaal and Grand Masti, Kumar has established comedy as his strong suit.

#Dil, #Beta, #Raja, #Ishq, #Masti, #Dhamaal... Indra Kumar has delivered a string of hits... With #GrandMasti, he delivered his first ₹ 100 cr film and now, with #TotalDhamaal, Indu ji - as he is affectionately called - has again proved that he knows the pulse of the audience.

Total Dhamaal was released on January 22 and made a blockbuster opening on Day 1 by earning Rs 16.50 crore. The film minted Rs 62.40 crore in its first weekend.