Nithyananda's mystery country claims to have everything including its own cabinet, a separate flag and even passport. His Hindu 'nation' has no place for Hindi and mentions English, Sanskrit and Tamil as official languages Rape accused and godman Nithyananda has reportedly set up his own country 'Kailaasa' even as government agencies continue to search for him in India. Though location of this 'nation' is still a mystery, its website says it's a "nation without borders created by dispossessed Hindus from around the world who lost the right to practice Hinduism authentically in their own countries".

A news report, however, claims it's a private island, which Nithyananda allegedly bought from Ecuador, a country on South America's west coast, near Trinidad and Tobago. India Today had earlier reported that rape accused Nithyananda had fled the country to Ecuador via Nepal. 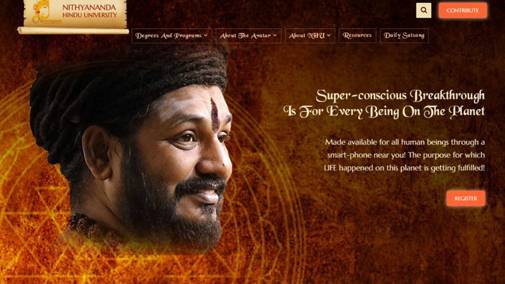 According to the website, Kailaasa (kailaasa.org) offers a "safe haven to all the world's practising, aspiring or persecuted Hindus...where they can peacefully live and express their spirituality, arts, and culture free from denigration, interference and violence".

The website even has its own Wikipedia page called Nithyanandapedia (nithyanandapedia.org). "Nithyanandapedia is an effort to capture all the knowledge and expressions shared by His Divine Holiness Bhagavan Sri Nithyananda Paramashivam - to have a one-stop-shop combining all His teachings in form of videos, audio, text, books, etc - combined with photographs that try and capture all the services He has offered and continues to offer to the world," says the page.

Nithyananda's mysterious island 'nation' has no place for Hindi and mentions English, Sanskrit and Tamil as official languages. It even claims to have a population of 100 million Adi Shaivites and 2 billion practising Hindus.

If that's not enough, Kailasaa even has its own passport and flag, and the passport allows "free entry in all eleven dimensions and fourteen lokas, including Kailaasa". 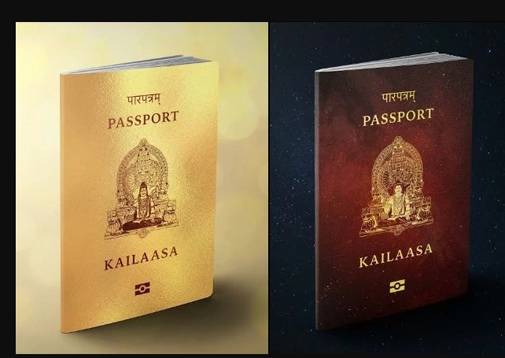 The website claims Kailasaa also has its own cabinet comprising departments such as health, technology, enlightened civilisation, human services, housing, commerce, and treasury. The Kailaasa stands for universal free healthcare, free education, free food, and the revival of temple-based lifestyle, says the website.

Notably, Nithyananda is being probed in several cases, including rape, torture, kidnapping and wrongful confinement of children, under the Indian Penal Code (IPC).

The Gujarat police had also arrested three persons, including a principal of Delhi Public School, Ahmedabad, in connection with a case related to Nithyananda. He was accused of leasing out school land to controversial self-styled godman Swami Nithyananda for his ashram. Following the incident, the Central Board of Secondary Education (CBSE) cancelled the affiliation granted to school for violating government norms.