Budget 2018: What India needs is privatization, not mere disinvestments

India is yet to see a major privatization drive, at least in the last ten years! Currently Central Public Sector Enterprises. 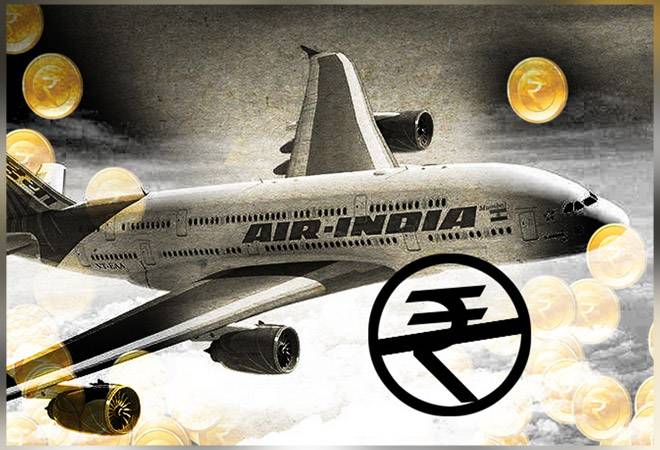 India is yet to see a major privatization drive, at least in the last ten years! Currently Central Public Sector Enterprises (CPSE) disinvestment is treated more like government's 'automated teller machine' (ATM); an instrument to bridge the budgetary deficits and to save the government from not breaching the 'fiscal deficit' target.

Does such type of disinvestments do anything to increase the competitive position of these CPSEs? Do they deepen the markets in enhancing efficiency, technology, innovation, management depth or governance? Do the consumers benefit in any form due to such disinvestments? Or, does it reduce the burden of government involvement in running such CPSEs? Not at all! We are still far away from 'privatization', in its true sense.

For example, the current disinvestment transaction of ONGC acquiring government's entire stake in HPCL is expected to bring in an additional Rs 37,000 crore taking the total disinvestment proceeds to around Rs 91,000 crore in 2017-18. This would be the first time we are not only meeting the disinvestment target of Rs 72,500 crore, but exceeding it. However there is no change in management in both these companies; nothing more than mere milking the 'cash cow'.

In spite of such disinvestments, the business of government continues to be in running 'businesses'. If we consider the oil and gas CPSE's; there are around thirteen large companies like ONGC, IOC, HPCL, BPCL, etc. These are run by a management team that is overseen by the Ministry of Petroleum and Natural Gas. These have around 27 government directors and 55 non-official part time directors on their boards that provide management oversight on the government's behalf. Various government machineries like the Public Enterprises Selection Board (PSEB) are also involved in overall management and selection of the board and the senior members of the management team. These are enormous drain on government resources.

Coming to banking, the government recently announced the Rs 88,000 crore package to capitalize the banks in the country. The need for such capitalization is the poor performance of such banks driven by the lack of governance and an independent professional board that provides management depth and execution oversight. Interference from the government in commercial decisions is a major concern. The P J Nayak committee precisely flagged these problems three years ago and recommended creating an intermediary structure, where the Banks Board Bureau (BBB) can professionally run the Public sector banks (PSB), taking the burden away from the government.

Although the BBB was created two years ago, it has not gone beyond head hunting for senior PSB positions. More importantly the government had made certain senior manager changes at PSB's, short circuiting the BBB. This together with the reported conflicts between the bureaucrats in the finance ministry and BBB seems to have resulted in high level exits within BBB; end result, the government interference has not reduced and a professional PSB board still seems to be a distant dream.

With such level of interference and lack of independence, it seems the PSB's will continue to underperform. The Rs 88,000 crore package thus seems absolutely a short term fix, as the long term solution to strengthen the PSB management and the government moving away from managing the banks, seem clearly more difficult to execute.

With 100% FDI being contemplated in private banks, the disparity between public and private sector banks could widen. The key message is that if the government does not get out of managing banks, it would need to drain out more valuable public money into uncompetitive PSBs. In effect mere merger of weak PSB's with strong banks, which it is currently contemplating, is by no means an answer; government needs to seriously consider privatizing such weak PSB's; extremely difficult from a political perspective, but needs serious considerations and assessment of stakeholder perspectives.

Many emerging economies did 'bite the bullet' and privatized their large state owned companies way back in the 1980s and early 1990s. Argentina for example privatized key sectors like telecom, airline and petrochemicals. Mexico and East European countries followed suit. Such initiatives not only brought in professional management enhancing efficient utilization of staff and resources, a sense of customer and shareholder value creation and deepened general management effectiveness, but also created a 'market driven' business environment that will ensured the best interests of the consumers. More than anything, it freed up government resources!

India has hardly seen any such strategic disinvestment, or privatizations, in the last ten years. Balco strategic disinvestment was something the government burnt its fingers fifteen years ago that possibly still lingers. Balco has some good learning valuable for the forthcoming privatizations. In any disinvestment process, the employees are bound to oppose the process right from the time of announcement. They will demand a rollback of privatization; indulge in large scale strikes and agitations. This again is mainly because of the insecurity, lack of transparent information flow and the suspicion of job losses. Unattractive VRS package, revised service conditions and social security under the private management are generally the major concern.

Unless the employees are engaged and kept informed at all stages of the process including the valuation of the company and the choice of the strategic partner, this cannot be avoided; Balco experience brought this out very clearly. Such employee reactions also created serious dent to the reputation of the government and has a potential to cost electoral damage. These will be the biggest pain point in every disinvestment process that will follow. In today's scenario this could be a bigger problem, especially with the social media becoming very active.

Hence, a robust process needs to be evolved to perfect handling such situation so that these can be replicated in other privatizations to follow. NITI Aayog and DIAPM should evolve such a process possibly by identifying a 'test case' of privatization; the closest in proximity seems to be that of Air India.

Job losses will be inevitable and government's ability in addressing the concerns of the affected employees and unions will be the most important issue for the successful handling of privatization transactions. Government's disinvestment proceeds from sale of CPSE should be accumulated in a separate fund that would create a safety net to address employees VRS in 'to be' privatized CPSE entities. This will provide a strong financial foundation to address the employee expectations that will allow such privatization initiatives to go ahead smoothly. Although the National Investment fund (NIF) was created with this objective, over the years, its utilization digressed to financing social sector schemes.

The 2018-19 budget will for sure will be less forgiving given the increased global crude price, the deficits are likely to widen and more disinvestment would be required to bridge the deficit and maintain the same to be around 3.5% of GDP. For sure we are expecting to see a more aggressive disinvestment target in the budget 2018-19. In addition to disinvestment targets, we also would like to see a visibility and a 'short to medium term' road map with respect to 2 or 3 big ticket strategic disinvestments or privatization proposals clearly laid out. Air India is likely to be a good 'test case', and if done prudently and transparently, can become a good role model for further privatizations that need to follow.