India is seeing rapid growth in sales of Electric Vehicles (EVs) as consumers rush to switch from gasoline-powered vehicles due to the rising cost of fuel.

India is seeing rapid growth in sales of Electric Vehicles (EVs) as consumers rush to switch from gasoline-powered vehicles due to the rising cost of fuel. EV sales in India tripled in 2021 to 14,800 units and are still showing signs of growth.

For February 2022, the country saw electric passenger vehicles sales grow 296 per cent to 2,352 units, according to the Federation of Automobile Dealers Associations (FADA) report. Apart from the high petrol prices, EV sales have also been affected due to increasing government sops, growing awareness in urban locations over the past few months.

EV sales surpassed the 50,000-mark in December 2021, but declined in January 2022 due to the Omicron-induced third wave’s impact. As the third wave infections started receding and offices, other economic activities opening up across the country, the monthly registered EV volumes have reached the 50,000-mark again during last month. The total registered EV volumes (all segments put together) stood at 3.13 lakh units in the calendar year 2021 with February registering the highest-ever monthly volumes, according to official data from the Union Ministry of Road Transport & Highways. Registered EV sales have managed to cross the one lakh mark in the first two months of 2022.

Tata Motors managed to maintain its lead in the segment by selling 2,264 units during last month compared to 1,360 units in January 2022, recording 551 per cent growth. MG Motors sold 38 units, down 70 per cent YoY, while Mahindra sold 12 units and recorded 50 per cent during the same period. 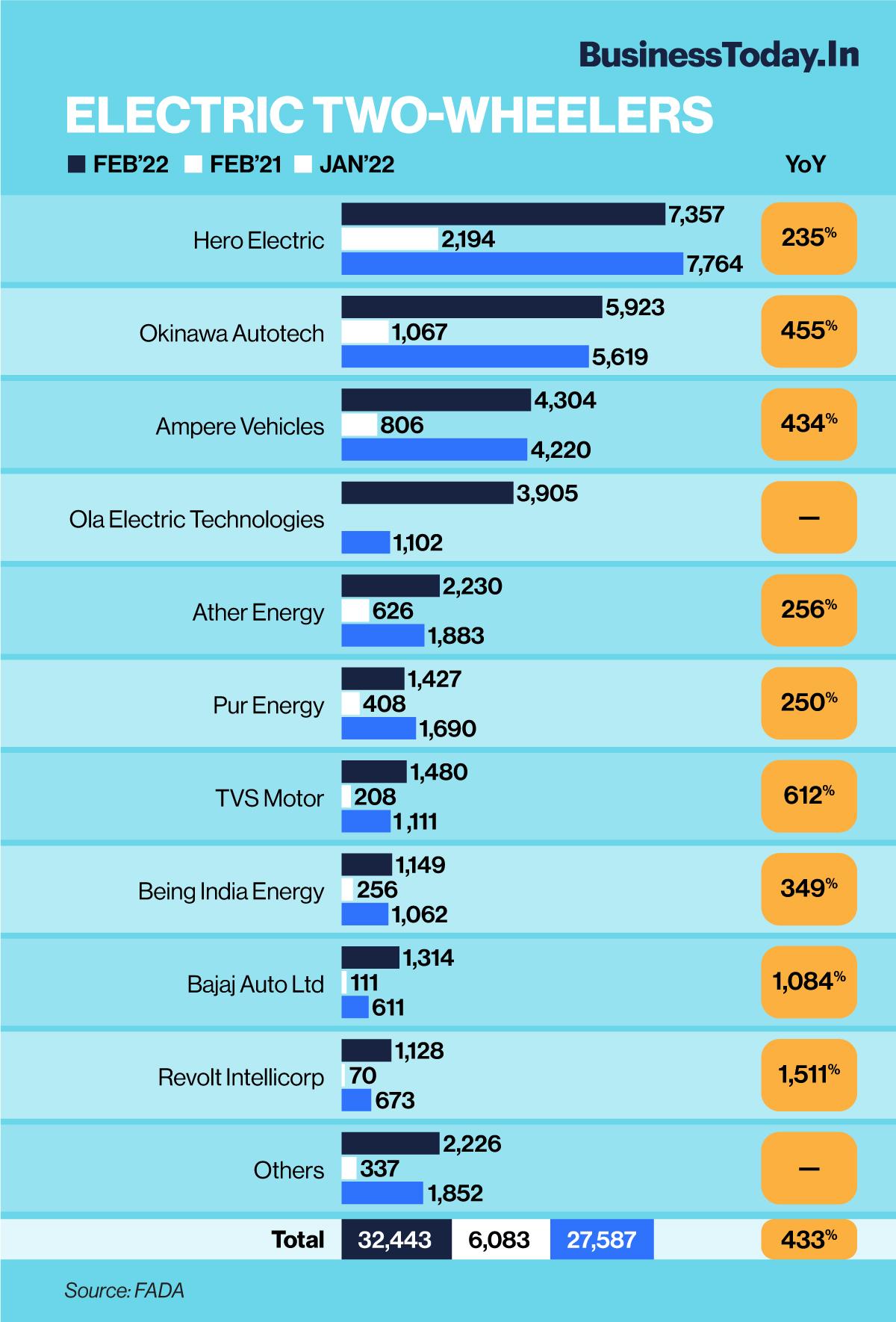