News
Auto
The ugly side of automobile industry: Over 500 scarred for life in Gurgaon-Faridabad cluster

If you are a car or a two-wheeler user in India, there are high chances somebody lost a limb while that vehicle was being made. In what exposes the soft underbelly of one of world's largest automobile markets, a study done by not for profit organisation Safe in India (SII) says 504 workers suffered injuries with 70 percent of them losing either a limb or fingers in the last one year alone in the Gurgaon-Faridabad automotive cluster. The report, now in its second year, follows up on last year's edition which had said 1,369 workers had suffered injuries in a three year time span in the same cluster. At least 61 percent of these injuries were irreparable in nature. Together with the 2019-20 figure, the tally has swelled to 1,873 over four years. Cumulatively, the report says 2,400 workers suffered injuries including those from other industries. In 2019-20, the overall number was 587. As is evident, the automobile sector accounted for the bulk of them.

On an annual basis, the number of accidents saw a drop from 451 in 2018-19 to 385 in 2019-20 but SII says the numbers are likely to inflate by at least 16 percent due to a lag in reportage-some accidents from previous fiscals are reported only in the next fiscal. Automobile sales in the country in 2019-20 had also registered a historic 18 percent decline which may have also contributed to fewer casualties.

"We have still only scratched the surface and have not even covered all the factories in this cluster itself. It is a much bigger issue and because the mishaps happen mostly in tier II and III suppliers that are far away from the spotlight, it is easy to stay hidden," says Sandeep Sachdeva, co founder and CEO, Safe in India foundation. "We have not covered other clusters in Pune or Chennai but the structure of the industry, the processes and machines being used are just the same. So the situation there maybe equally bad if not worse."

At a short duration pilot done by the organisation in another part of Faridabad that it has not extensively covered otherwise, underscores that. SII ended up assisting 9 workers a day on an average. But numbers are only one part of the story. The other part, perhaps the more important one, is of the individual tragedies.

Thirty-seven year old Neetu Devi for example met with three separate accidents working on a power press machine in 2013, 2017 and 2019 losing one finger each time. Weighed down by the duty to feed her three children, she still works on the same machine not oblivious to the fact that it may yet cause her more damage in future. Her husband is an unemployed drunkard. Her lack of options is palpable. "I wish the companies would do something about these machines and help us more when the accidents occur," she says.

A vast majority of the workers are young migrants-the same heterogenous bunch that grabbed headlines and air waves in peak summer this year when the lockdown forced them to take to the roads to meander back to their towns and villages. In May, twenty-two year old Shyam Dev Pandit too began a similar journey from Manesar to Jamui Vihar village in Bihar with his friends and just Rs 425 in the pocket.

A daily wager, the lockdown meant all opportunities for employment had dried up but his journey proved futile. He was caught mid way by the cops and turned away. When he got back, he initially felt lucky to land a permanent job at an automobile parts factory that had just opened up. That is where he met his dreaded power press machine and the accident followed soon enough.  Pandit lost his middle and index fingers of his left hand. Back in his village, his son was born during the lockdown but he has not been able to visit him yet. 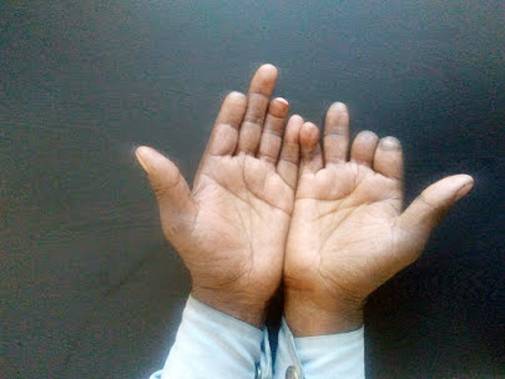 "I am just desperate now to somehow go home and organise just about enough money to set up a bangle shop there," he says. Any note of cheer in his voice is misleading.

The power press machine which is used to punch, bend or shear a metal piece is a real villain in these stories accounting for 59 percent of the injuries. Omnipresent in component factories -- big and small, across the sector, it is a necessary evil. More sophisticated and safer machines are available but they are expensive and would eat into the not so modest profitability of these small companies. It is something they cannot afford. Human life or that of a finger is far cheaper.

"The frustrating part is it is actually not that difficult to fix. 88 percent of the power press machines either do not have safety sensors or are malfunctioning. We believe, if only that bit is corrected it will lead to much less mishaps," Sachdeva says.

A vast majority of the accidents happened in factories that supply to the three big manufacturers in the region-Maruti Suzuki, Hero MotoCorp and Honda Motorcycles and Scooters India. Yet the companies are typically bothered only in keeping their own factory shop floor squeaky clean turning a blind eye towards what happens in the factories that supply them with the nuts and bolts. 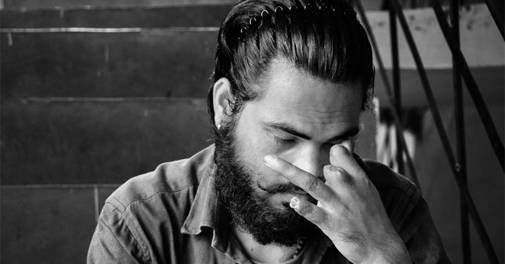 "The companies have begun to interact with us and seem earnest but a lot needs to be done. This is not a priority area for them but they can really push their suppliers. If a Maruti says it will not conduct business with any company that does not give safety of its workers the due importance, the supplier will be bound to reform itself and it will trickle down to the lowest level-the tier III," Sachdeva adds.

Industry bodies blame the unorganised nature of the industry where companies become more granular and harder to monitor beyond the tier I supplier base. They also blame the profit motive aspect of business. When there is money to be made, corners need to be cut and safety compromised.

"There is no denying lot more should be done from the industry as well as the government in terms of regulations. There are about 800 companies that are members of ACMA but the real number of factories would be in thousands. They are so small, there is no track of them and that is where these accidents happen," says Vinnie Mehta, secretary general, Automotive Component Manufacturers Association (ACMA). "We will do whatever it takes and reports like these help. It will serve as an annual scorecard for us on how far we have come and how much further we have to go. It will be a long journey no doubt but we must undertake it."

Mutilated bodies and damaged nerves represent the dark side of the $120 billion industry that accounts for 7 percent of country's GDP and nearly half of its manufacturing. Ever proud of its achievements-India is tipped to become the third largest automobile producer in the world by the turn of this decade, dirty secrets like these are forever brushed under the carpet.

Next time when you grab that handle of the motorcycle or grip the steering wheel of the car, imagine how you would do it if a few fingers go missing.