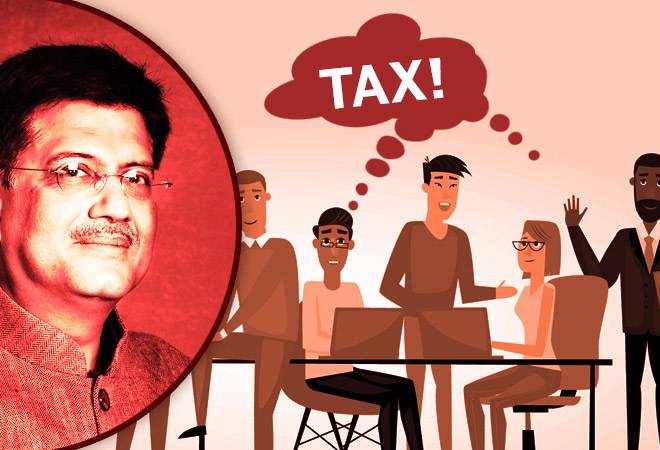 The announcement of GST exemption limit being extended to businesses with a turnover of Rs 50 lakh in the Interim Budget will surely bring a smile on the faces of small traders and manufacturers. The greatest pain among the small traders and manufacturers on the announcement of GST in 2017 was that their costs had gone up by over 50 per cent. Unlike earlier, when most small traders ran a one-man show, in the GST era they were forced to hire an accountant and a computer-friendly resource, as they had to file monthly returns.  Now, businesses with less than Rs 5 crore turnover can file quarterly returns, while businesses between Rs 50 lakh and Rs 1.5 crore need to file a flat 1 per cent GST and can file annual returns.

The mood of traders and small manufacturers across the country post the GST roll-out, especially in the hinterlands was morose, many of them actually went out of business. These were traders who had never paid any kind of taxes earlier. The distribution of local 'masala' brands, snacks and detergent brands went down by 50 per cent, as they were not able to hire distributors because of the GST burden. Many of them dumped their products with retailers and never returned to pick up the unsold stock. Though several local manufacturers in cities such as Indore and Nagpur did come up with ways of paying GST for only 10-20 per cent of their merchandise and managed to sell the rest under the table, and some of them even managed to duck the e-way bill (by carting their products on cycles and Volvo buses if they distributed in more than one market), they were not able to sustain. Even the wholesaler, who earlier preferred local brands to national brands as he got higher margins from the former, switched his allegiance to the national brands.

Will the new GST guidelines bring back some of the small traders and manufacturers in action? "I expect some of them to come back as they will now be able to offer better margins to the wholesalers and win back their allegiance yet again," remarks Kannan Sitaram, Former COO of Dabur, who is now Venture Partner, Fireside Ventures.  But the advantage, points out Sitaram, will largely be for those manufacturers dealing with food items derived from agri commodities which doesn't come under the GST bracket. "I don't see local personal care or home care brands benefitting as much even if they are exempted from GST," adds Sitaram.

The biggest beneficiaries of the GST regime have been the FMCG major such as HUL, ITC and Britannia who have taken advantage of the single taxation system and have hugely strengthened their distribution might. Companies such as HUL have even come up with strategies such as 'Winning In Many Indias', as part of which they are coming up with region specific brand extensions. Most of these companies have also substantially increased their advertising spends in regional markets. This will be the biggest challenge for the local brands, which don't have the ability to spend on marketing and distribution and could hence lose out. At a time when several local brands exited the market, unable to handle the pressures of GST, the national brands have encroached upon their territory by either strengthening their direct distribution might or by giving huge incentives to the wholesale community. "It's not that the likes of HUL or Dabur are paying us higher margins after GST. But if we sell Rs 50,000 or Rs 100,000 worth of their products a month, they pay us 2-4 per cent higher margins," pointed out a wholesaler in Gujarat's Navasari, in an earlier interview with Business Today.

"The deeper pockets of the bigger players as well as their quality standards may not allow the local players to come back that easily," says Sitaram. A small-town kirana store may have multiple local brands sitting next to the big brands and would be priced far lower than the national brands, but could lose out in terms of quality. In the earlier era most of the big brands were not as widely distributed as they are now, hence, the local brands had a monopoly. The wholesaler also may not be too happy to stock a local brand as he would prefer to push a better quality product, and at the same time he is also getting pampered by the bigger brands with attractive incentives.

Will the expansion of GST exemption limit really help really small traders and manufacturers? It may not.

Budget 2019: Key takeaways that Dalal Street must take into account