The new XUV300 will have both petrol and diesel variants. 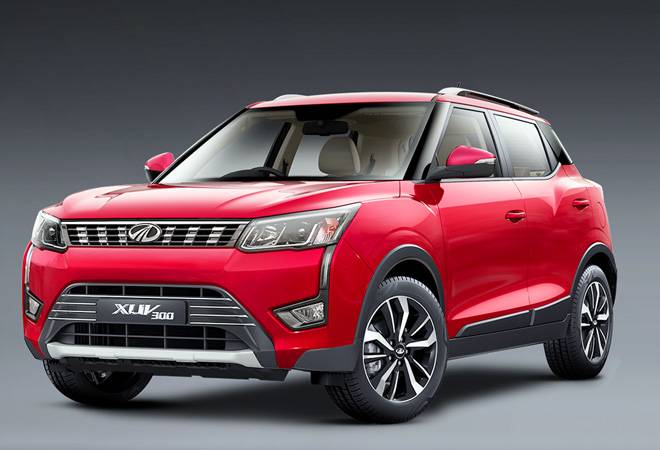 Mahindra is all set to launch XUV300 in the market on February 14. There's a lot of anticipation for the subcompact SUV XUV300, which it is based on SsangYong Tivoli-based compact SUV. The XUV300 inherits some characters of the Tivoli, but they are not exactly similar as Mahindra has made many  changes to the XUV300, including a new suspension set-up and an entirely new steering mechanism. The Mahindra XUV300 will be brand's newest entry in the highly-competitive compact SUV segment. The bookings for Mahindra XUV300 had started on January 9, and the company has received around 4,000 bookings and over 60,000 enquiries so far.

The compact SUV comes with a host of features - 7 airbags, sunroof, LED projectors headlamp and LED tail lamps, and 17 inch alloy wheels. The design of Mahindra XUV300 takes an inspiration from cheetah. It is equipped with segment-first features like dual zone climate-control, front parking sensors, steering modes (that alter steering weight) and heated wing mirrors. After the launch, the new Mahindra compact SUV will compete against the likes of Maruti Suzuki Vitara Brezza and Ford EcoSport. The compact SUV will be offered in four variants -- W4, W6, W8 and W8(0).

The new XUV300 will be launched in both petrol and diesel engine options, including 1.5-litre diesel unit and a newly developed 1.2-litre G80 turbocharged petrol engine. Transmission options include a 6-speed manual gearbox, but the company has not revealed its plan to include an automatic variant.

'Another attack on BJP,' says Congress after Nitin Gadkari's comments on caste