Every segment of the industry registered a steep decline in sales except tractors that bucked the trend and continued to post solid growth. Registration of PVs was down 14%, two-wheelers by over 31%, three-wheelers by 64% and commercial vehicles by 49% in April 2020 over April 2019 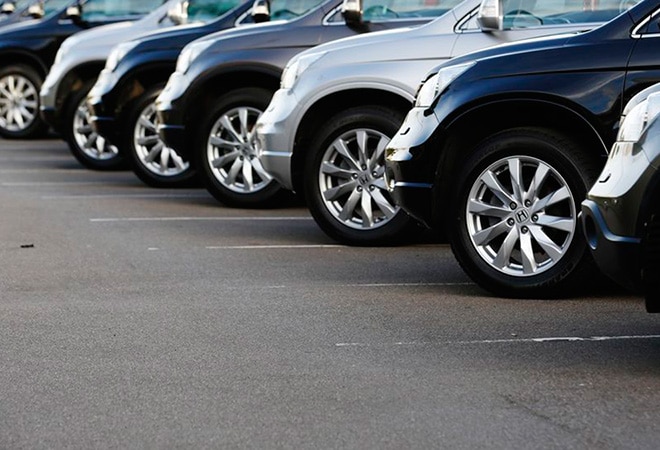 The second wave of Covid-19 that is currently sweeping across the country has badly impacted the domestic automobile industry. Registration of automobiles has slumped by nearly 32 per cent in April 2021 as compared to two years ago in April 2019 as a spate of lockdowns in various states across the country impaired dealers from conducting business. The sales tally is not comparable from April 2020 when the country was in a complete lockdown and no vehicle could be registered.

Every segment of the industry registered a steep decline in sales except tractors that bucked the trend and continued to post solid growth. Registration of passenger vehicles was down 14 per cent, two-wheelers by over 31 per cent, three-wheelers by 64 per cent and commercial vehicles by 49 per cent in April 2020 over April 2019. Tractors posted a growth of over 16 per cent. 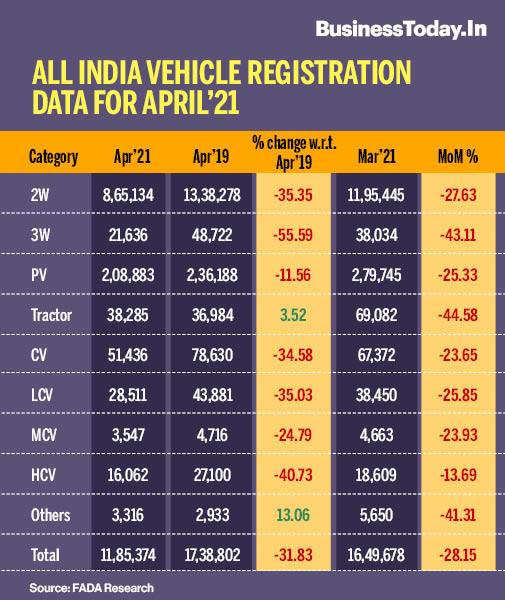 "India is currently facing one of its toughest times, with 2nd wave of Covid-19 creating havoc in everyone's life. This time, the spread is not only limited to urban markets but has also taken rural India in its grasp," said Vinkesh Gulati, President, the Federation of Automobile Dealers Association (FADA).  "Unlike last year, the lockdown this time around has been imposed by state governments and not the Centre. Due to this, there have been no relief announcements, which have come out till now either by the Center or RBI and Auto OEMs."

The impact of the lockdowns also manifests itself when registrations are compared from April to March this year. On this sequential basis, registrations are down 28 per cent as most Indian states started going under lockdown (partial as well as full) at the beginning of the month (April 5th onwards). The spread started with Maharashtra, followed by Chhattisgarh, Delhi and Rajasthan. The other states followed soon after. All categories registered a decline with two-wheelers down by 28 per cent, three-wheelers 43 per cent, passenger vehicle 25 per cent, tractors 45 per cent, and commercial vehicles 24 per cent.

What is worse, FADA isn't very hopeful for May either. With lockdowns being extended in most states, dealerships and even factories are now shut.

"The first nine days of May has seen extremely lean sales due to lockdown announced by majority of states. Lockdown also means dealership outlets to remain closed thus meaning zero sales," Gulati said. "Considering the rising number of cases, one can expect the peak in terms of infections for India on a whole could be at least a fortnight away. Even where dealerships are open, the walk-ins have dropped to 30 per cent and customers are delaying their purchase decision."

FADA has asked for a financial package from the government and also requested the Reserve Bank of India for guidelines or notifications on the relaxation of loan re-payment equivalent to the tune of the number of days of lockdown in each state. 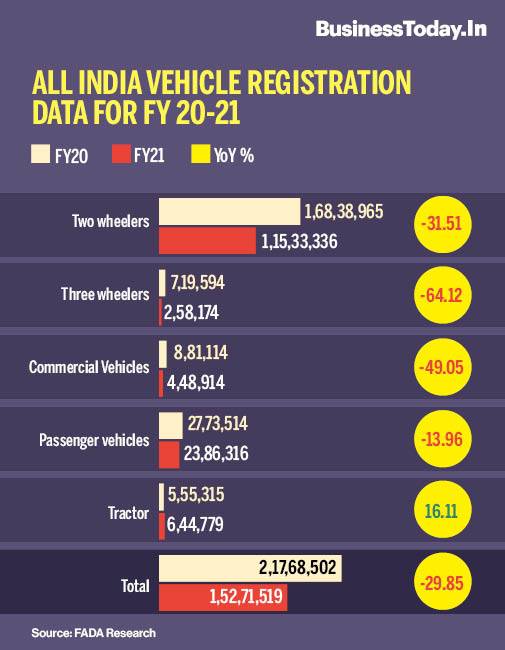 "The 2nd wave of Covid has not only unsettled urban but also the rural markets this time around. Recovery hence looks to take a longer time when compared to recovery which came after 1st wave," Gulati added. "The only ray of hope lies in monsoon's on-time arrival, which is likely to enter India through the southern coast around June 1. This raises expectations of higher farm output, which is central to the country's economy. This will lead to rural markets recovering faster than urban. Also, categories like tractors and two-wheelers will have a rub-off effect in terms of recovery."

FADA said it sees overall recovery from the lows of FY21 to reach the highs of FY19 only by FY23. In FY 2021, the overall sales declined nearly 30 per cent to reach levels last seen eight years ago in FY 2013.

COVID-19 crisis: Had Centre done its job, it wouldn't have come down to this, says Rahul Gandhi