The demand for commercial vehicles (CVs) may revive in the second quarter of 2021-22 as economic activities improve, and also due to the lower capacity in the system after consecutive double-digit decline in 2019-20 and 2020-21, India Ratings and Research said 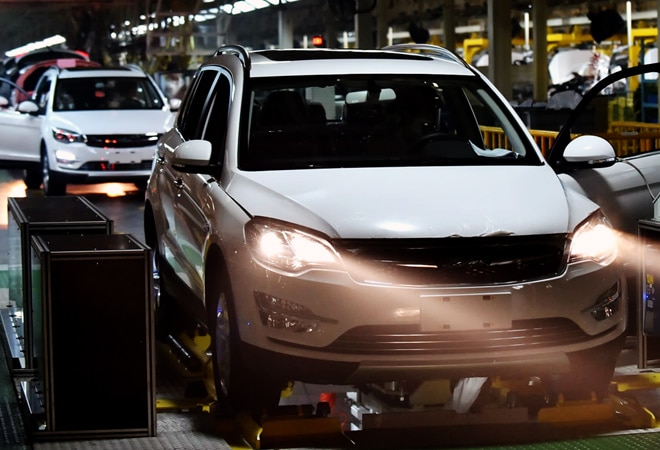 The second wave of COVID-19 could pose downside risks to the domestic auto industry demand in the near term, a report said on Friday.

The demand for commercial vehicles (CVs) may revive in the second quarter of 2021-22 as economic activities improve, and also due to the lower capacity in the system after consecutive double-digit decline in 2019-20 and 2020-21, India Ratings and Research (Ind-Ra)said in the report.

Demand for CVs, particularly medium and heavy CVs, is likely to also benefit from various government initiatives to help revive the economy. However, the revival of the passenger carrier segment is still some time away, it said.

The domestic automobile industry's sales volume declined 14 per cent year-on-year (YoY) in the last fiscal year with passenger and commercial vehicle segments sale falling 2 per cent and 21 per cent respectively, while the two-wheelers volume fell 13 per cent (YoY). The decline in sales volume is in line with Ind-Ra's estimate of 14 -18 per cent decline for the year, it said.

For 2020-21, the total retail sales volume fell 34 per cent YoY led by 17 per cent drop in passenger vehicle (PV) sales, 51 per cent fall in CV sales and 34 per cent drop in two-wheeler (2W) retail registrations, respectively, Ind-Ra said. Amid lower discretionary purchases by consumers, PVs remained the saving grace for the domestic retail market, it said.

However, retail PV sales volumes grew 28 per cent in March 2021 over the year-ago period whileother segments such as CVs, 3Ws, and 2Ws tell a rather grim story as retail sales declined 42 per cent, 51 per cent and 35 per cent YoY , respectively last month, said the report.

The double-digit decline in retail sales across segments, except PVs, in March 2021 indicates that consumer sentiment has not fully recovered, it said, adding Ind-Ra believes that the second wave of COVID-19 could pose downside risks to the domestic auto industry demand in the near term.

According to the report, the domestic auto industry recorded positive growth for the eighth consecutive month in March 2021. PV and 2W sales volumes were up 115 per cent and 73 per cent YoY, respectively in March 2021, aided mainly by the low base of March 2020.

The PV segment has benefitted the most from the preference for personal mobility, resulting in the lowest decline among segments; also lower than Ind-Ra's expectation of a 5-8 per cent decline for 2020-21.

Segments such as compact/super compact and mini/micro have performed better than mid-sized/executive/premium cars and van segments, likely due to a higher demand from first time buyers, it said. Also, the demand for utility vehicles continues unabated with the segment growing 12 per cent YoY in 2020-21 on the back of new launches, said the report.

While the 2W segment gained from a healthy rural demand, factors such as delays in opening up of educational institutes, increased cost of ownership due to price hikes and increasing fuel prices coupled with loss of income due to the COVID-related lockdown resulted in a demand contraction, especially in the entry level models.

The decline in 2W volumes was in line with Ind-Ra's expectation of 13 -16 per cent in 2020-21, it said. CV demand saw the much-needed traction in March quarter 2021, buoyed by a revival in construction demand. Domestic CV wholesale volume grew 43 per cent YoY in the quarter, boosted by 101 per cent YoY sales growth of medium and heavy goods carriers, Ind-Ra said.

According to the report, light goods carriers' sales volumes were up 42 per cent YoY. However, passenger carrier CVs sales volumes declined 55 per cent YoY in March quarter, as consumers continued to avoid public transport.