The union finance ministry also said last week that the ongoing second wave of the Covid-19 pandemic will have a muted economic impact in comparison to the first wave. Major brokerages have, however, downgraded the Indian GDP projections for the current financial year 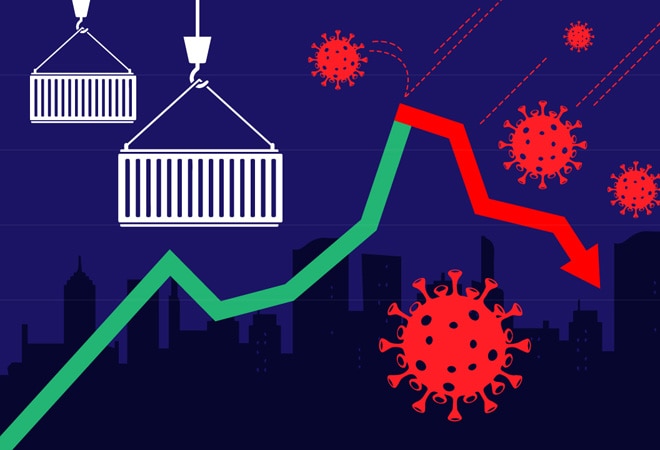 Echoing the finance ministry's views, ratings agency Fitch has said the economic impact of second Covid-19 wave in India will not be as severe as the first wave that hit in 2020 even as caseload and fatalities are higher this time. The ratings agency has attributed the lower economic impact to lockdowns that are being implemented "narrowly" and "behavioural changes" in people and companies amid the outbreak.

"We expect the shock to economic activity from the latest wave of the pandemic in India to be less severe than in 2020, even though caseloads and fatalities are much higher. The authorities are implementing lockdowns more narrowly, and companies and individuals have adjusted behaviour in ways that cushion the effects," Fitch said in a research note.

The union finance ministry also said last week that the ongoing second wave of the Covid-19 pandemic will have a muted economic impact in comparison to the first wave. In its economic review for April, the ministry observed, "The second wave of COVID-19 has posed a downside risk to economic activity in the first quarter of FY 2021-22."

Barclays Securities also lowered India's FY 2021-22 GDP growth forecast to 10 per cent year-on-year from 11 per cent earlier due to the ravaging second wave of coronavirus. Ratings agency CRISIL estimated India's GDP growth may slip to 8.2 per cent in the financial year 2021-22 if the second wave of coronavirus pandemic in the country peaks by June-end. The agency maintained its baseline estimate of 11 per cent growth.