While referring to deaths during dark hours, court observed that from May 2, it is position of casualties in GMCH. It said this happened despite Advocate General Davidas Pangam and Health Secretary assuring court there is no dearth of oxygen 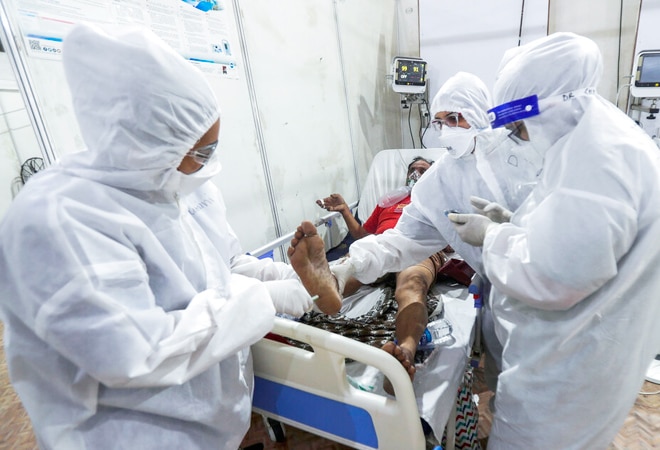 In yet another incident of sheer negligence at Goa's state-run Medical College and Hospital (GMCH), 15 more patients died due to a decline in oxygen supply pressure on Thursday morning. This incident comes a day after 26 coronavirus patients succumbed at the same facility due to the same issue and even after the Bombay High Court bench in Goa asking the state government to ensure there were no more deaths due to oxygen issues at the facility.

On Wednesday, the Goa bench of the HC had said the availability of medical oxygen for COVID-19 patients at the GMCH was grim and asked the state government to take corrective steps.

State authorities told the court some casualties may have taken place due to "logistical issues" related to connecting oxygen cylinders to the manifold (group of large gas cylinders) that resulted in interruption and drop in pressure in the supply lines of oxygen to patients. The HC observed despite its orders, 15 more deaths were reported at the hospital from 2 am and 6 am on Thursday.

The bench was hearing a bunch of petitions on the recent death of COVID-19 patients at the GMCH allegedly due to lack of medical oxygen. The HC also said the Centre should ensure the allotted quota of medical oxygen is made available at the earliest to Goa, which is reporting a very high test positivity rate.

The bench, consisting of Justices Nitin W Sambre and MS Sonak, said despite their May 12 order, even today (Thursday), there were almost 40 COVID-19-related casualties in the GMCH. Fifteen of them happened from 2-6 am on Thursday.

While referring to the deaths during the dark hours, the court observed that from May 2, it is the position of casualties in the GMCH. The court said this has happened despite Advocate General Davidas Pangam and the Health Secretary assuring the court there is no dearth of oxygen in the state.

"They have pointed out that the Central Government has now increased the (medical oxygen) quota for Goa, having regard to the overwhelming number of COVID-19 victims in the state of Goa," the court said.

On the court's query as to why the deaths have taken place last night, the court was told again that there were logistical issues involved in manoeuvring the tractor that carries the trolleys of oxygen and in connecting the cylinders to the manifold, the court ruled, adding that there was some interruption during this process that resulted in fall of pressure in the supply lines of oxygen to the patients.

The Judges said they were "pained that such logistical issues should give rise to such serious consequences to the Covid victims". The court again asked the state authorities to "find out ways and means to overcome these logistical issues, so that precious life is not lost on account of any deficiencies in the matter of supply of oxygen to patients".

Bitcoin plummets to lowest since March 1 after US probe on Binance, Tesla move