Krishnapatnam Port's acquisition has been done at nearly 13 per cent lower than original deal value of Rs 13,500 crore announced in January this year 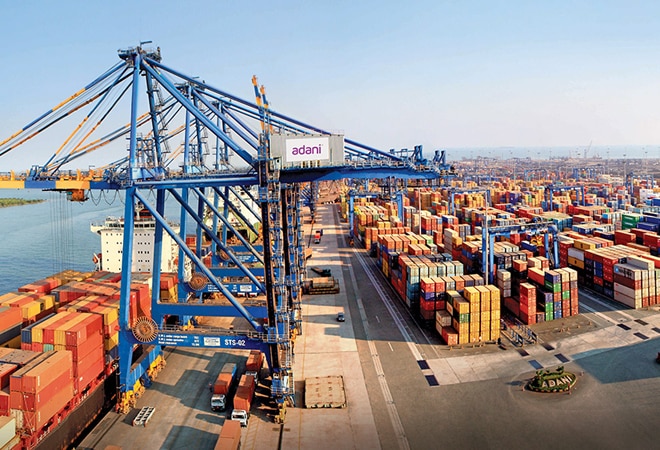 Billionaire Gautam Adani-led Adani Ports and Special Economic Zone Ltd (APSEZ) has completed the acquisition of controlling stake of 75 per cent in Krishnapatnam Port Co. Ltd (KPCL) for an enterprise value of Rs 12,000 crore. The acquisition has been done at nearly 13 per cent lower than original deal value of Rs 13,500 crore.

"The acquisition will result in APSEZ having a controlling stake of 75 per cent in KPCL from the CVR Group and other investors," the Adani Group company said in a filing to BSE.

In January this year, Adani Ports SEZ, the logistics arm of the Adani Group, had announced it would acquire a controlling stake in Krishnapatnam Port from the existing shareholders of KPCL for Rs 13,500 crore. The purchase consideration would be funded through internal accruals and existing cash balance, the company had said.

"In FY21, the port is expected to generate an EBITDA of approximately Rs. 1,200 crore, resulting in an acquisition EV/ EBITDA multiple of 10x," Adani Ports SEZ said in a filing to the BSE.

This acquisition will accelerate APSEZ's stride towards 500 MMT by 2025, and is another step in implementing its stated strategy of cargo parity between west and east coasts of India, it said.

Commenting on the development, Karan Adani, Chief Executive Officer and Whole Time Director of APSEZ said, "I am happy that KPCL the second largest private port in India has now become part of APSEZ portfolio. This transformational acquisition enables us to roll out world class customer service to an increased customer base and provide pan India solution to them."

"Our experience of turning around acquisitions like Dhamra and Kattupalli ports will enable us in harnessing the potential of KPCL. We will target to enhance throughput at KPCL to 100 MMT by FY25 and double its EBIDTA by FY23. With a vast waterfront and land availability of over 6,700 acres, KPCL is capable of replicating Mundra and would be future ready to handle 500 MMT," Adani added.

Meanwhile, shares of Adani Ports and Special Economic Zone were trading at Rs 360.40, up 2.81 per cent, against the previous closing price of Rs 350.55 on the BSE.

How Tanishq is not letting rising gold prices hurt revenues

SpiceJet to begin non-stop flights from Delhi, Mumbai to London