The top court asked the Noida Authority, Greater Noida Authority and National Buildings Construction Corporation (NBCC) to evaluate whether they can finish the pending projects of the realty group. It also directed lenders not to recover dues from the homebuyers 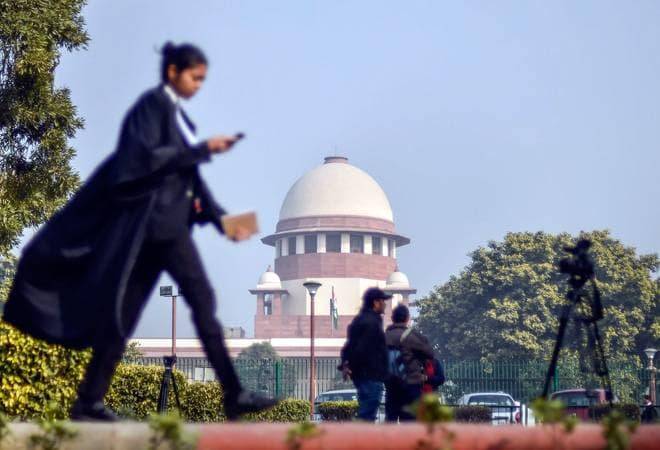 Bad news continues to pile up for the debt-ridden Amrapali Group. The Supreme Court on Wednesday warned the real estate giant that it may end up losing ownership rights to as many as 15 of their prime residential properties. The court was hearing a batch of pleas of 42,000 disgruntled home buyers, seeking possession of flats that they booked in the Amrapali Group's stalled projects. The Group is involved in construction of various housing projects, including 170 towers in Noida and Greater Noida.

Observing that it would protect the rights of the home buyers, the top court asked whether the Noida Authority, Greater Noida Authority and National Buildings Construction Corporation (NBCC) can finish the pending projects of the Group, India Today reported. It has asked these bodies to evaluate the proposal and revert on the next hearing, scheduled on May 10.

"We see that entire Amrapali Group has failed to discharge its duties towards home buyers, authorities and banks. You have neither completed any projects nor invested any money in the projects. We think, you are the one who should be thrown out of these properties," said a bench of justices Arun Mishra and U.U. Lalit, adding that the ownership of these properties may be transferred "lock, stock and barrel to [authorities] Noida and Greater Noida".

The Group has admitted to diverting huge sums of money invested by 46,000 homebuyers into other projects and subsidiaries due to which Amrapali reportedly landed in a financial crisis and, in turn, could not complete its residential projects in time. Senior advocate Gaurav Bhatia, appearing for Amrapali, told the bench that Rs 11,652 crore had been collected from the home buyers but Rs 10,630 crore was used for construction of various projects besides paying Rs 998 crore to the authorities as lease amount.

The court also questioned how Amrapali Group could mortgage the entire projects and secure loans worth thousands of crores of rupees from banks when it was only an agent to develop the property. It asked the counsel for Noida and Greater Noida authorities to compile all necessary data such as the principal lease amount and interest component project wise, and how much has been paid by Amrapali Group to date.

The Supreme Court has not only given the dangling homebuyers some hope of seeing their stalled projects revived, but also protected them from the Group's lenders. The bench directed lenders to recover their losses from Amrapali's top brass instead of attaching property paid for by the homebuyers. "The loans which have been secured by Amrapali Group by mortgaging the lands to the banks can be collected by the financial institutions from the directors of the company or the corporate guarantors," the bench said, adding that it will ensure that banks do not enter the premises of these properties and home buyers get the first charge on the properties.

Speculation is rife that the top court will deliver its final judgement on this high-profile on the next hearing since Friday is the last day of the court before summer vacations.