India has over 15 lakh modern retail stores that generate Rs 4.74 lakh crore worth business. Almost 60 lakh people are employed at these stores 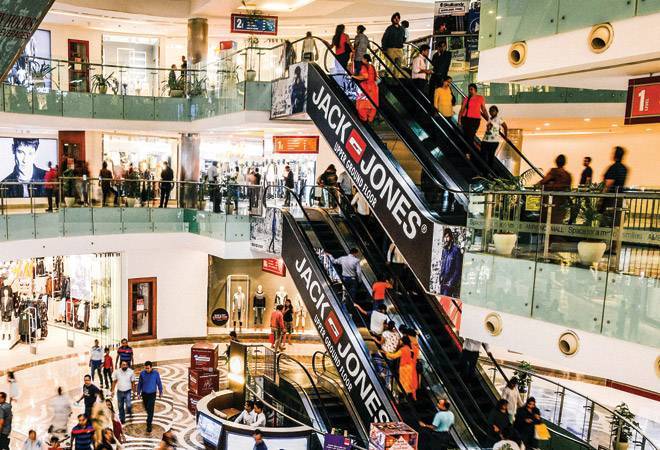 Ever since the COVID-19 panic broke out in early February, malls and retail stores witnessed a huge dip in footfall and revenue. According to a Retailers Association of India report, by end of February itself, the business had dropped 20-25 per cent. India has over 15 lakh modern retail stores that generate Rs 4.74 lakh crore worth business. Almost 60 lakh people are employed at these stores.

In the past one-and-half months business has further reduced to 15 per cent. Stores selling essential goods that have been allowed to remain open during the lockdown are also suffering losses as they aren't allowed to sell other general merchandise, which would otherwise bring them higher margins. Overall, there has been a significant impact on apparel, jewellery, shoes and CDIT (consumer electronics, durables, IT and telephones) retail," says Kumar Rajagopalan, CEO, Retailers Association of India.

Rajagopalan fears that if the lockdown continues till June, India is staring at a scenario where 30 per cent of the retail stores would shut down, leading to 18 lakh people losing their jobs. "We have written to the Government of India, requesting for a relief package for the retail industry, similar to what the Governments of Singapore, United Kingdom and the United States of America have announced for retail industries in their respective countries."

Most Indian retailers have promised their employees 35-40 days of paid leave. "We have told our employees to take care of themselves and their families. We will ensure that they are paid during the month-long lockdown," says Lalit Agrawal, Chairman and MD, V-Mart Retail. Kavi Mishra, MD of the Rs 1,000 crore House of Anita Dongre, says that apart from assuring salaries to their employees, the company has also set up a Rs 1.5 crore fund to support its vendors. The challenge, however, will be if the lockdown continues beyond April. That's when retailers would be in the brink of closure, which will lead to loss of jobs.

Also read: Coronavirus in India: Private labs to run out of testing kits in a week

World has entered recession as bad or worse than in 2009: IMF