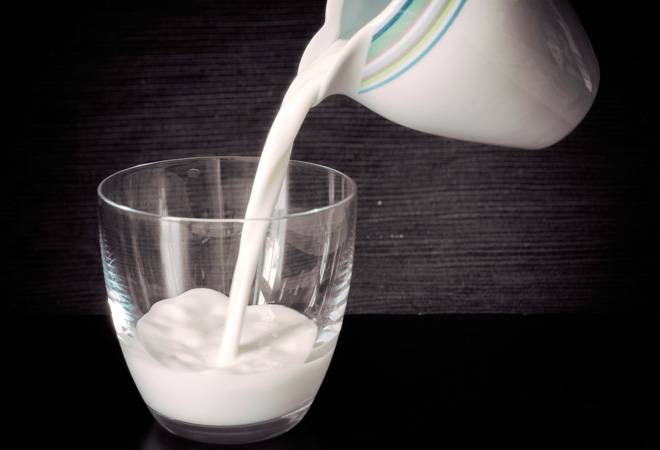 The Rs 100,000 crore Indian dairy industry has suffered a 25-30 per cent dip in demand ever since the country shut down for the COVID-19 lockdown over two weeks ago. While the first two days did witness a 15-20 per cent surge in demand with consumers hoarding milk, there has been consistent fall in demand from the third day onwards. A large portion of the dip in demand is due to out-of-home consumption, which contributes 15 per cent of the milk consumption, coming to a grinding halt. "Restaurants, road-side eateries, all of them have shut down. Even marriages are not happening. All the bulk buyers have vanished," says Aditya Jha, Agriculture and Dairy Expert.

However, despite the demand dipping, milk procurement hasn't come down as the dairy cooperatives are forced to adhere to the government notification of not meddling with the livelihood of farmers. This has led to surplus milk in most states. Jha says that a lot of the smaller private dairies which depend on institutional sales have been selling their milk to the cooperatives. "Cooperatives such as GCMMF (Amul) and the Karnataka Milk Federation and Mahanand in Maharashtra are buying extra milk just to help farmers," he points out. Karnataka Milk Federation is known to be buying 7-8 lakh litres of additional milk per day. "But the not so well-off cooperatives in the states of Odisha, Jharkhand and West Bengal are not able to buy as much and farmers are forced to throw milk," Jha further points out.

Though the southern states have marginally dipped their procurement rates, in states such as Maharashtra procurement rates have fallen from Rs 31 to Rs 27. "We are collecting 30-35 per cent more milk and haven't stopped collection for a single day, but we reduced the procurement prices," says Rahul Kumar, CEO, Lactalis India.

The cooperatives are using the surplus milk to make skimmed milk powder (SMP) and white butter. Prior to the outbreak of COVID-19, the Indian dairy industry was going through a shortage of milk and lot of private dairy companies were planning to import SMP from countries such as New Zealand to make up for the shortfall. The global SMP prices, which had sky-rocketed to Rs 340 per kg prior to the COVID-19 outbreak, in the last few weeks have crashed to Rs 230 per kg, with demand in the global markets also dipping.

R.S. Sodhi, Chairman and MD, Amul, says that the situation is averaging out gradually. "The dip in demand has now settled at 10-12 per cent. It was around 35 per cent initially. Though out-of-home consumption is zero now, consumers are buying products such as paneer, ghee and cheese in huge quantities from retail stores. We haven't lost too much sales in value terms." Paneer sales, claims Sodhi, has gone up by over 80 per cent in the last couple of weeks. On the hand, products such as ice-cream, milkshakes and lassi have seen a huge dip in demand. "Almost 50-60 per cent of annual turnover of ice cream comes during the months of March-April-May and this year it's virtually not there. Consumers are not buying ice creams as they fear infection," says Raj Kanwar, CEO, Creamline Dairy (a subsidiary of Godrej Agrovet).

Like most other FMCG companies, the dairy companies are also finding newer ways of reaching out to consumers. Both Creamline Dairy and Lactalis India have started direct distribution of milk and value-added products. "Our vans with all our products are parked in residential localities and the response has been good," says Kanwar of Creamline.

"Since the lockdown has resulted in large-scale unemployment with roadside tea stalls and juice shops shutting down, we are trying to generate some employment for them by getting them to sell our products in the areas they live," adds Kumar of Lactalis India.

Though Amul has also started direct delivery to consumers, Sodhi says that it is the good-old kirana stores which are best stocked. "The general trade is doing better than e-commerce or any other form of distribution. A lot of shopkeepers are picking up stocks from our distributors directly."

ALSO READ: Coronavirus in India Live Updates: IT refunds up to Rs 5 lakh to be cleared immediately