Jamshyd Godrej wants the land to be spared from over development, while Adi and Nadir Godrej want it to fully develop under Godrej Properties 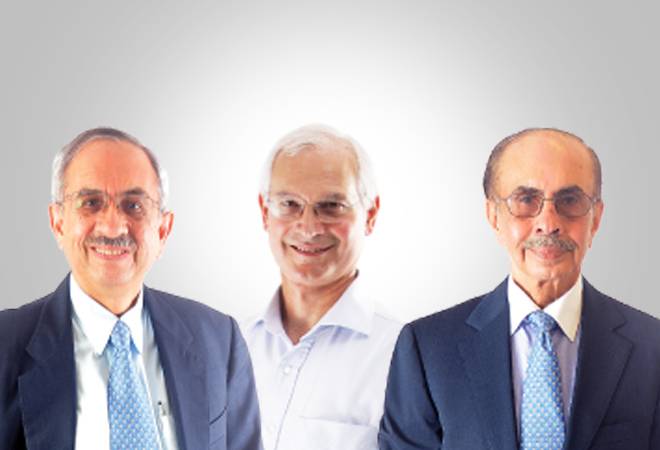 The family group, which is the biggest land owner in Mumbai, has now appointed top firms to address the landholding issue.

Certain differences among members of the multi-billion dollar Godrej family group have cropped up over the issue of landholdings owned by Godrej & Boyce, suggest reports. The issue pertains to the alleged commercial exploitation of the family's land holding in Godrej & Boyce by its subsidiary Godrej Properties, reported The Economic Times. The report says Jamshyd Godrej wants the land to be spared from over development, while Adi and Nadir Godrej want it to fully develop under Godrej Properties, which aims to be a major developer in Mumbai.

The family group, which is the biggest land owner in Mumbai, has now appointed top firms to address the landholding issue. Godrej & Boyce owns 3,400-acre land in Mumbai's Vikhroli, of which only 1,000 acre can be developed. This piece of land alone is estimated to be worth Rs 20,000 crore. According to an estimate, the 1,000 acre land alone could be turned into a real estate project worth over Rs 1-lakh crore, and both Adi and Nadir Godrej are in favour of the development of the area.

Vikhroli is a suburb of Mumbai located on the north eastern side of the city, which is home to one of the largest mangrove forests in Maharashtra, India. As per reports, about 1,750 acre of the total land owned by the Godrej group comprises mangrove forest, and can't be developed due to environment concerns. Some part of the total land has also been encroached upon.

The report cited officials in the know as saying that there is a dispute over the proposed expansion plan, and the Jamshyd Godrej family faction, led by his son Navroze, wants more clarity. Not being able to find a middle ground, Jamshyd Godrej has reportedly hired Nimesh Kampani of JM Financial and lawyer Zia Mody of AZB Partners, while Adi and Nadir have approached Uday Kotak and Cyril Shroff of Cyril Amarchand Mangaldas to re-organise the landholdings.

Meanwhile, both the sides are expected to issue a statement on the matter today. Shares of Godrej Properties rose as much as 4.68% to a new all-time high of Rs 1,005 on both the exchange platforms today. The stock is currently trading at Rs 998 on BSE and Rs 1,000 on NSE. Godrej Properties saw a nearly four-fold jump in its net profit to Rs 156.66 crore for the quarter ended March 31 on the back of higher revenue, and had announced record sales bookings of over Rs 5,300 crore in the last fiscal.

Established in 1897, the Godrej Group has its roots in India's Independence. Its founder, Ardeshir Godrej, lawyer-turned-serial entrepreneur failed with a few ventures before he struck gold with a locks business with his brother Pirojsha Godrej. While Ardeshir had no children, Pirojsha Godrej's sons Burjor, Sohrab, and Naval expanded the group's business. Today, the group caters to consumers across FMCG, real estate, appliances, agriculture and many other businesses.

Motorola One Vision goes on sale today at 12pm on Flipkart; here're the specs, price in India