Future Retail is awaiting some cash inflows from banks and sale of assets, failing which its IDR will be further downgraded to restricted default, says Fitch 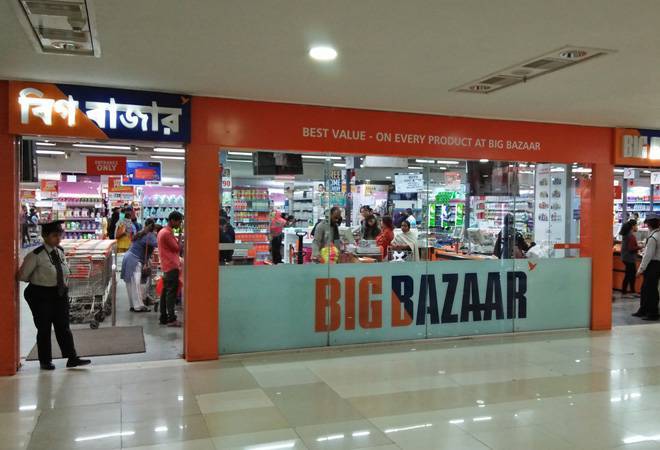 Fitch Ratings has downgraded Kishore Biyani-led retail giant Future Retail Limited's (FRL) long-term issuer default rating (IDR) and 5.6% senior secured notes worth $500 million due in 2025 to 'C' from 'CCC+'. The rating action followed after Future Retail said it was unable to pay of the semi-annual interest payment of $14 million on its US dollar bonds on July 22. Now the company has a 30-day grace period to satisfy the payment obligations.

The CCC rating suggests 'possibility' of default but 'C', which is two notches above default, means chances of default are 'exceptionally high'.

As per Fitch, Future Retail is awaiting some cash inflows from banks and sale of assets, failing which its IDR will be further downgraded to 'RD' (restricted default). "The company continues to negotiate with banks for the release of further peak working capital facilities, which were due earlier in July, but which the company said were delayed due to procedural issues. It said that it will cure the missed payment when it receives cash inflows from further bank funding, the sale of assets or an equity injection from strategic or financial investors. However, if this does not happen during the grace period, this will constitute an Event of Default and Fitch will likely downgrade FRL's IDR and the rating on the bond to 'RD'," the ratings agency said.

Future Retail's liquidity position remains under "severe pressure" as a result of the India-wide coronavirus-related lockdown measures imposed by the government, Fitch said. Relaxed norms saw a slight pick-up in sales but localised outbreaks and subsequent curbs have stopped its stores from selling essential items with lower margins such as apparel.

Fitch said the Future Retail management has been unable to secure the release of the additional peak working capital facilities to improve cash flows. Their strategy may be coherent but their ability to implement it has been "hindered by the controlling shareholder's negotiations to obtain equity from or pursue divestments with strategic or financial investors and by the impact of the coronavirus on the business".

Fitch said key shareholders of the company are evaluating multiple options to obtain equity to reduce debt and free up pledged FRL stakes. These steps, if successful, will improve financial flexibility and reduce the risk of a change of control clause being triggered. It also said a subdued valuation, a high level of share pledges at the group's other listed entities and a lack of liquidity in the current environment pose risks to the execution of these plans.

Fitch said constrained financial flexibility and impending risk of default at its main shareholder - Future Corporate Resources Pvt Ltd (FCRPL) - underscores the shareholder's aggressive approach in balancing growth investment at its operating companies with limiting leverage and preserving balance-sheet flexibility. "This has a negative effect on FRL's rating," it added.

Meanwhile, Future Retail stock was trading 4.98 per cent or Rs 5 down from the previous day close of Rs 100.45 on the National Stock Exchange.

How is LIC Housing Finance able to offer lowest interest rates ever on home loans?