Fortis board went against financial advisers on Munjal-Burman bid: report

The much-wooed Fortis Healthcare (FHL) may have selected a suitor at last, but the happily-ever-after bit is still a long way off. 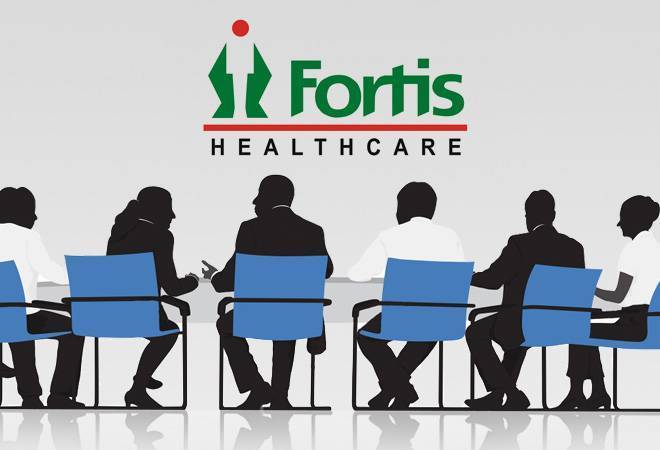 The much-wooed Fortis Healthcare (FHL) may have selected a suitor at last, but the happily-ever-after bit is still a long way off. The recent selection of the winning bid did not get the nod of FHL's independent directors and, as a result, the fissure in the boardroom has widened further.

Citing sources, a report in The Economic Times said that five of the eight members of the FHL board who voted for the joint offer from the Munjal-Burman combine not only went against the recommendations of financial advisers Arpwood Capital and Standard Chartered Bank (SCB), but also that of legal adviser Cyril Amarchand Mangaldas.

"It's become a case of a totally divided board - all the members brought in by the erstwhile promoters supported Munjal-Burmans while the new inductees were against their bid," said an official. Consider this: Harpal Singh, the board chairman, is father-in-law to former promoter Malvinder Singh and Brian Tempest was the MD of Ranbaxy under the Singh brothers. Furthermore, two other directors, Lt General Tejinder Singh and Sabina Vaisoha, are believed to be old family friends of the former promoters. The three independent members recently inducted into the board to improve transparency in the bidding process - Ravi Rajagopal, Suvalaxmi Chakraborty and Indrajit Banerjee - had reportedly voted for either IHH Healthcare Berhad or the bid submitted by the Manipal-TPG consortium.

To remind you, FHL had received four binding bids, from Malaysia's IHH Healthcare Berhad, Manipal-TPG and KKR-backed Radiant Life Care apart from the winning bid. All the bids were evaluated on parameters like certainty quotient including the requirement of due diligence, commercial terms including cash exit for shareholders, potential synergies as well as strategic, financing objectives and local experience. The report added that the likelihood of the Munjal-Burman and IHH proposals receiving shareholder approval was expected to be equally high, but both the financial advisors had independently recommended the IHH bid, finding it the best on commercial terms and strategic and financing objectives.

To begin with, IHH's offer proposed a higher price per share of Rs 175 while the winning bid proposed a price per share of Rs 167 through preferential allotment of equity shares and Rs 176 per share through preferential allotment of warrants. The presentations by Arpwood and SCB further made a case for the IHH offer because it promised a definite subsequent equity infusion of Rs 3,350 crore - albeit subject to due diligence - compared to Munjal-Burman combine's potential open offer. According to the daily, both advisers had opined that seeking time for diligence was not a big enough risk - after all, IHH had already done a detailed analysis of the company last year before the legal tussle with Daiichi Sankyo threw a spanner in the works.

In addition, the Malaysian firm's offer was found adequate to acquire the private equity stake in SRL Diagnostics, as well as to fund the buyout of Religare Health Trust (RHT) assets. In comparison, the Munjal-Burman offer, which proposed a strategic sale of SRL Diagnostics after divesting FHL's stake in it, was seen to possibly spawn a "significant financing requirement" if the sale process or rights issue weren't completed ahead of the buyout.

The advisors had found the Munjal-Burman bid the best in terms of deal certainty, with low structural complexity and no due diligence. The IHH proposal was expected to take at least three months less to execute compared with the Munjal-Burman plan. On the other hand, the legal adviser had said the Manipal offer was the strongest if only the binding parts were taken into consideration since it was ready to put Rs 2,100 crore upfront into the country's second-largest healthcare chain compared with Rs 1,050 crore by Munjal-Burmans and Rs 650 crore by IHH.

But the majority vote ultimately went to the Munjal-Burman offer "after 15 hours of consultation and discussion during the 10th May board meeting" as Tempest told the daily. One of the factors cited in its favour was that being Indian entities, the combine would be more adept at dealing with and managing "the local environment". Without disclosing names, Tempest said the Munjal-Burman proposal had the support of the majority of the eight-member board, including the oldest serving directors.
Incidentally, Tempest as well as three other directors - all with links to the former promoters highlighted earlier - are under a cloud currently as their removal has been sought by two institutional investors at an extraordinary general meeting on May 22. National Westminster Bank Plc as trustee of Jupiter India Fund and East Bridge Capital Master Fund, which together hold a 12.04 per cent stake in FHL, have accused these directors of failing to maintain corporate governance and fairly represent interests of all shareholders. According to Mint, disgruntled investors, including funds representing close to 30 per cent of FHL's shareholding, are expected to support the move since they are unhappy with the board's decision to accept the Munjal-Burman offer.  In fact, the investors plan to call for fresh bids for the hospital chain if the board members are replaced.