Tata vs Mistry case: On October 24, 2016, the day when he was removed, Ratan Tata and another director Nitin Nohria walked into his room and offered an opportunity to resign voluntarily. But he refused to do so and the board meeting, which commenced soon after, removed Cyrus 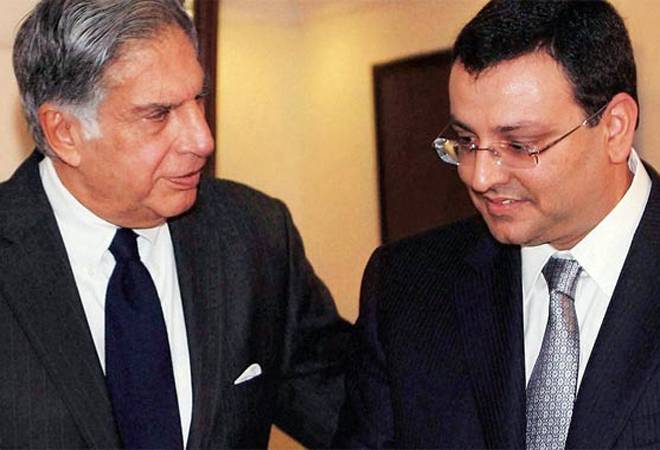 Tata vs Mistry case: After the ouster, Cyrus alleged legacy problems in the group and the differences with Ratan Tata

A three-year long battle between Ratan Tata and Cyrus Mistry opened a new chapter in the Supreme Court (SC) on Friday, beginning with a stay on the previous order of National Company Law Appellate Tribunal (NCLAT), which had reinstated Cyrus Mistry as chairman of Tata group.

It is a temporary relief to patriarch Ratan Tata as the NCLAT order dented the reputation of the industrialist and it stood with his successor-turned-rival Mistry.

Tata Sons argued that the NCLAT judgment is a "blow to corporate democracy" and it set a "dangerous legal precedent". They assured in the court that they do not propose to take any steps invoking powers under Article 75 of the Articles of Association against the minority shareholders of Shapoorji Pallonji Group (SP Group). The plea came before the three-judge bench comprising Chief Justice SA Bobde and Justices BR Gavai and Surya Kant.

It is a story of bonding and break of two Parsi business families, whose ancestors are believed to have migrated to Gujarat from Persia. It was believed that SP Group got the Tata Sons shares when they bought into the financing firm F.E. Dinshaw and Co in the 1930s.

But Tata counsel argued in the court that Mistrys didn't hold any shares until 1965 and they bought it later from the siblings of JRD Tata. Whatever may be the case, the SP Group has over 18.37 per cent stake in the Tata holding company at present, making the Mistrys the largest individual shareholder in the holding company of Tata Group. The charitable trusts of the Tata family control 66 per cent stake.

According to the SC's stay order on NCLAT's verdict, SP Group entered into the Tata Group as business partners based upon the personal relationship that existed between the two families both in business and outside.

"The relationship was not based purely on commercial considerations but on factors outside of pure economic factors." In fact, a few members of the Tata Group divested their shareholding in favour of SP Group, which was approved by the Tata Sons board, the order pointed out.

Moreover, Ratan Tata's half brother Noel Tata is married to Aloo Mistry, the daughter of Pallonji Mistry and the sister of Cyrus. Pallonji Mistry had been the director of Tata Sons before Cyrus took over the same post in 2006.

The senior Mistry was known as the Phantom of Bombay House for his quiet and measured interference in the Tata empire. When Cyrus was elected as the deputy chairman of Tata group in 2011, Ratan Tata said in a statement that the appointment is a "good and far-sighted choice".

"He has been on the Board of Tata Sons since August 2006 and I have been impressed with the quality and calibre of his participation, his astute observations and his humility. He is intelligent and qualified to take on the responsibility being offered and I will be committed to working with him over the next year to give him the exposure, the involvement and the operating experience to equip him to undertake the full responsibility of the Group on my retirement," Tata said.

Cyrus took over the chairman post in 2012. But his top job lasted less than four years. He was removed from the post in October 2016, shocking the corporate world. Cyrus had no clue about what was going to happen.

On October 24, 2016, the day when he was removed, Ratan Tata and another director Nitin Nohria walked into his room and offered an opportunity to resign voluntarily. But he refused to do so and the board meeting, which commenced soon after, removed Cyrus.

After the ouster, Cyrus alleged legacy problems in the group and the differences with Ratan Tata. He wanted to get out of businesses such as Tata Steel's European business, Nano car and telecom. But Tata, in his response, cited the performance issues.

Tata also removed him from all the boards, including from Tata Sons, making public the severity of the bitterness. Later, the group converted Tata Sons into a private limited company from a public firm, where Mistry family has the stake, after taking necessary approvals. The move has completely crippled the Mistrys as they have no clue about what is going inside the group. At one point, the stake of Mistrys was valued at Rs 1 lakh crore by outside agencies.

Now, the apex court will decide about the Mistry family's rights as a minority shareholder in the Tata group.