The beleaguered auditors Deloitte Haskins and Sells, and BSR and Co (a KPMG affiliate) are faced with several chargesheets, petitions, show-cause notices and requests for information from six probe agencies. 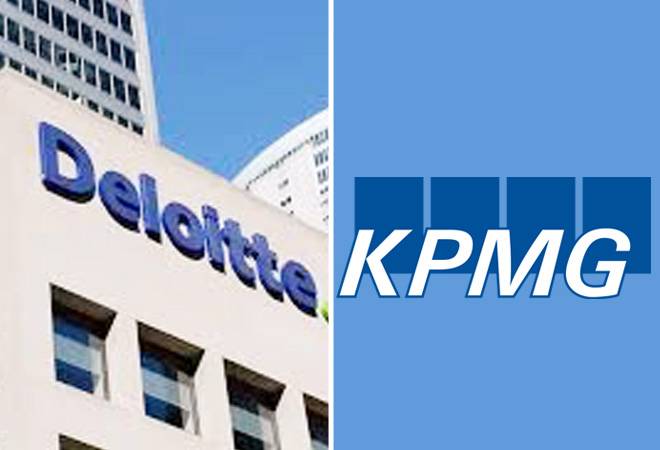 Deloitte Haskins and Sells, and BSR and Co (a KPMG affiliate) are facing probe heat from six investigative and regulatory agencies in India.

Deloitte Haskins and Sells, and BSR & Associates LLP (a KPMG affiliate) are facing probe heat from six investigative and regulatory agencies in India. The auditors are facing scrutiny for violations of their auditing standards as they failed to detect alleged financial inconsistencies at Infrastructure Leasing & Financial Services (IL&FS). The beleaguered auditors are faced with several chargesheets, petitions, show-cause notices and requests for information.

The agencies that have cornered Deloitte and BSR comprise a chargesheet filed by the Serious Fraud Investigation Office (SFIO) in a sessions court in Mumbai, Ministry of Corporate Affairs' (MCA) petition to bar the auditors in the National Company Law Tribunal (NCLT), a quality review by the National Financial Regulatory Authority (NFRA), disciplinary proceedings by the Institute of Chartered Accountants of India (ICAI), an investigation  by the Securities and Exchange Board of India looking into the auditors' role in IL&FS group's listed entities namely IL&FS Transportation Networks Ltd (ITNL) and Enforcement Directorate's (ED) request for information which is a part of its probe into a case of money laundering at IL&FS group, the Livemint reported.

SFIO has come up with an 800-page chargesheet after a nine-month investigation against 30 entities, which comprises directors and auditors of IL&FS Financial Services (IFIN), the NBFC arm of IL&FS.

A noteworthy point in all the cases is that allegations levelled against the two auditors are the same which is failure to report and flag fraudulent activities such as evergreening of accounts at IFIN, misrepresenting capital adequacy or net-owned funds and failing to draw attention to so-called circular transactions (round-tripping of funds and loans), the report added.

Although all the above agencies have raised the same type of allegations against the two auditors, they are all employing different aspects of the law.

"Certain sections of law have some power but may be missing certain other aspects. The thought process is to ensure that the strictest action is taken on the lapses by culpable parties. We do not expect auditors to find everything but these are glaring lapses and need to be prosecuted and penalised accordingly," a government official told the news daily when questioned about the need for multiple proceedings.

The IL&FS crisis has since last year spooked stock markets and cast a pall over India's shadow banking sector, which comprises of more than 10,000 firms with a combined balance-sheet of about $304 billion.

The Indian government took control of IL&FS in October last year after it defaulted on several debt obligations, saying it stepped in to insulate the financial system from contagion. The group has a debt of more than 910 billion rupees ($13.1 billion).

Last month government investigators filed fraud charges against IFIN, its former management as well as the auditors. Deloitte audited IFIN from 2008-09 to 2017-18 and BSR started auditing it from 2017-18. Both Deloitte and BSR audited IFIN in 2017-18.

Confirming its resignation as IFIN's auditor to BusinessToday.In, BSR said, "We confirm that BSR & Associates LLP has resigned as auditors of IL&FS Financial Services (IFIN or the Company) on June 19, 2019. We had received a notice dated May 13, 2019 from the Board of Directors of IFIN seeking an explanation on our removal as auditors. We had filed our written response to this notice on May 24, 2019 and provided explanations during a meeting held with IFIN on May 29, 2019. While IFIN has not communicated its decision to us as yet, we do not intend to impose ourselves as auditors of the Company."

Reuters reported in March that an interim report by Grant Thornton, appointed by a new IL&FS board to conduct a forensic audit had found a third of the total outstanding loans by IFIN were either unsecured or had inadequate collateral.

Auditors have come under close scrutiny in India, where the capital market regulator last year barred all the Indian units of PwC, from auditing any listed companies for two years after a probe into a nearly decade-old accounting fraud case.

Paytm says no to cashbacks on P2P transactions, gives incentives to offline merchants