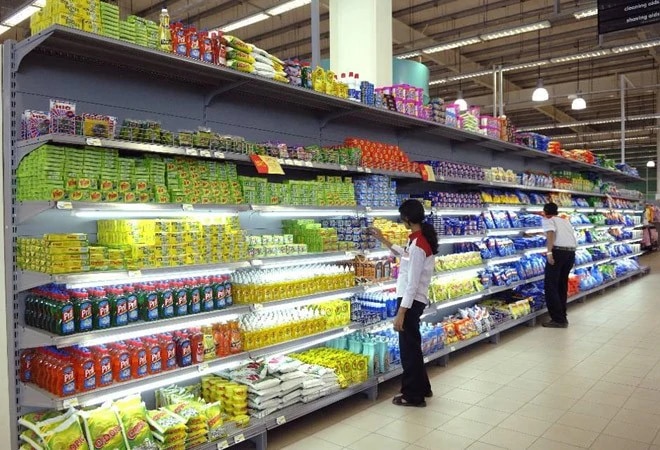 The coronavirus lockdown and the distribution disruption thereof, has forced consumer product companies to take a hard look at their distribution strategy. A digital-first strategy is what all of them are looking at. Being digital-first not only makes their products available to consumers through platforms like Swiggy or Zomato but also create a parallel system to their traditional distribution system.

Tata Consumer Products (TCPL) has recently been in news for its partnership with Flipkart, wherein its distributors would register themselves as sellers on the marketplace, along with wearing the hat of traditional distributors. "What is positive about the move is the omnichannel distribution approach. So, with the Flipkart tie-up, TCPL will ensure that they do the last mile fulfilment in a far more effective manner. It is a smart move especially in these times when brick and mortar retail has been impacted severely by the COVID crisis," explains Lloyd Mathias, Angel Investor, Business and Marketing Strategist.

TCPL has laid off several distributors in a bid to embrace a digital distribution system. Amit Sharma, CEO of ShopX, a third-party distribution company, says he signed contracts with six-seven large FMCG companies (Marico, Emami, Cavinkare, Coca-Cola to name a few) in the last one month for mainstream distribution. These companies have not done away with their traditional distributors, but have partnered with ShopX to put in place an alternative platform, which also has a digital backbone. So, a platform such as ShopX enables a retailer to order his inventory online, which will save the salesperson from going to shop multiple times to first take the order and then deliver it. Having a parallel system will surely rationalise the number of traditional distributors a company needs to have, but at the same time, it could also be an opportunity for traditional distributors to target a new set of stores. "Earlier, most distributors used to cherry-pick the outlets they used to serve. They can now try and reach out to outlets, which they were not earlier servicing. This will allow brands to have better control and visibility of where their products are being sold," explains ShopX's Sharma. "We have over 30 national brands working with us on alternative distribution strategies using the power of the Shop X platform and ecosystem," Sharma adds.

Being a fresh food manufacturer, with the average shelf life of its products about two-three days, ID, since inception, has a direct distribution model. It has gone a step forward during COVID by doing direct to home distribution. "The idea was not to bypass the retailers, but many of them were shut. So, we aggregated orders from apartment complexes and delivered at their gates. We also gave the residents an account number, where they transferred the money individually and this was purely trust-based. We got 96 per cent of the cash on the day the order was placed. With retailers, I usually get 75 per cent cash," says Musthafa, who plans to continue with direct to home deliveries even after normalcy is restored. "We will continue with direct to home, but we will get our retail partners to deliver," he adds.

The ecosystem of traditional distributors will not vanish in a hurry, says Prem Kumar, Founder & CEO, SnapBizz. "Distribution is the competitive edge of companies, built over decades. If you take any large company, which has a portfolio of 400-500 products, only 20 per cent have natural velocity. While a Rin soap will find its way into a shop, who is going to sell the long tail into that store? That's what the distributor does. He goes and sells and cajoles the retailer and tells him if you buy three pieces of a particular product, I will give extended credit for a week and so on. You take that out of a company then the company would only be selling only 30 per cent of its products." Kumar says that operating efficiencies may get disrupted, but the traditional distributors will continue to be relevant. "Today, you may have 80-90 distributors visiting a shop, booking an order and all of them making deliveries. So, deliveries and transportation may get consolidated, but not the visit to the merchant and servicing of the merchant."

Mathias looks at TCPL's move to get rid of some of its distributors more as a consolidation exercise post its merger with the consumer products division of Tata Chemicals. "TCPL has aligned distribution into the standard FMCG two-tier model. This may have been necessitated because pre-merger they had different entities with different distribution systems: Tata Chemicals, Tata Salt business,  Tata Tea's coffee and tea business and NourishCo's (the joint venture with PepsiCo that has just ended) Himalayan Water business. Now they have consolidated these into a classic two-tiered company-stockist-retailer distribution that will not just cut one layer but also make the distribution far more efficient and effective," he adds.