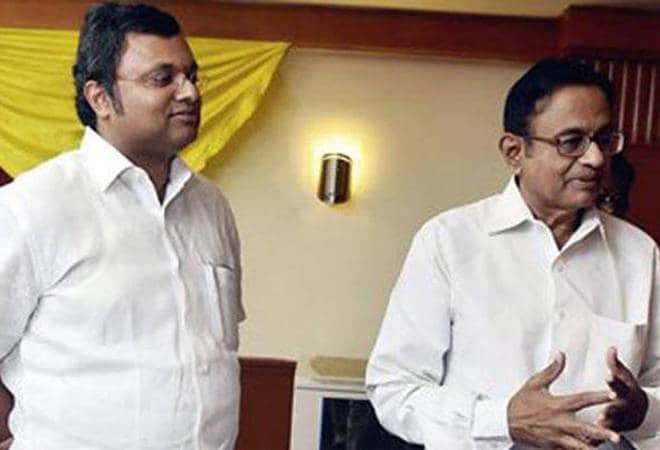 The group, once promoted by Indrani Mukerjea and her husband Peter Mukerjea, both in jail in the case of killing the former's daughter Sheena Bora, had allegedly made payments to a firm linked to the former finance minister's son Karti Chidambaram, the CBI earlier claimed.

"His (Chidambaram) arrest is good news. He is now cornered from all sides," Indrani Mukerjea told reporters when she was produced before a special CBI court here to attend the trial proceedings in the Sheena Bora case.

She further said the bail granted to Karti Chidambaram, who is also an accused in the INX Media case, should be cancelled.

In July this year, she turned approver in the case against P Chidambaram and his son and recorded her confessional statement.

In her statement, Mukerjea said she and her husband had met P Chidambaram at his office in Delhi's North Block (when he was the finance minister).

She alleged that the former Union minister had asked her to help his son in his business and make overseas remittances in lieu of granting Foreign Investment Promotion Board (FIPB) approval to INX Media.

The CBI registered an FIR on May 15, 2017, alleging irregularities in the FIPB clearance granted to the INX media group for receiving overseas funds of Rs 305 crore in 2007 during P Chidambaram's tenure as finance minister.

Thereafter, the ED also lodged a money laundering case in this regard in 2018.

P Chidambaram's son was arrested by the CBI in the case in February 2018. Later, the Delhi High Court granted him bail on March 23, 2018.