Jet Airways crisis: After failing to find a resolution outside the bankruptcy framework for the debt-ridden Jet Airways, the SBI-led consortium has decided to move the NCLT for realising their dues 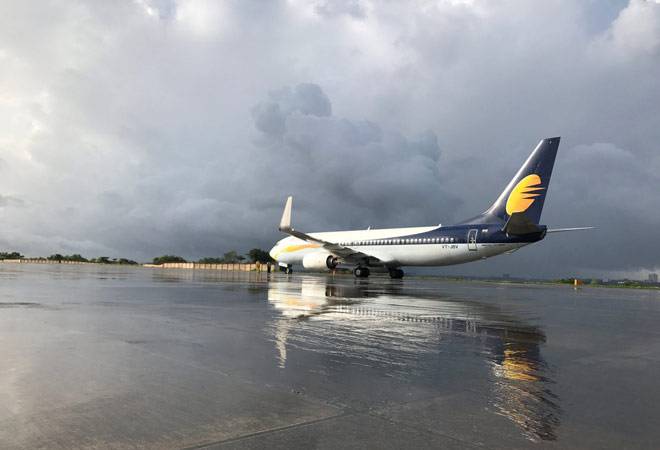 Jet Airways crisis: The lenders are expected to move NCLT for insolvency proceedings against Jet Airways on June 20.

The embattled Jet Airways continued to spiral down as lenders failed to find resolution outside the bankruptcy framework. Reports suggest that the State Bank of India-led consortium of banks that is in control of the airline will now move the National Company Law Tribunal (NCLT) to seek resolution under the Insolvency and Bankruptcy Code.

"After due deliberations, the lenders have decided to seek resolution for Jet Airways under the bankruptcy code since only a conditional bid was received," SBI said in a statement after the meeting.

The lenders are expected to file insolvency proceedings against Jet Airways by June 20 before the next NCLT hearing, reports suggest. The focus will be on finding a new owner for the airline under the IBC framework to save it. Jet has an overall debt burden of Rs 8,500 crore.

After Etihad Airlines and Hinduja brothers turned their decision to invest in the troubled Jet Airways, its lenders met on Monday to decide the further course of action. The bankers met to decide whether a resolution will be possible under the June 7 mandate of Reserve Bank of India on stressed assets.

The SBI-led consortium has been vying for a resolution outside the IBC framework since Jet Airways down under in mid-April this year. The lenders were reluctant to take the airline to NCLT as that would mean huge haircuts for them. To this end, the lenders had organised a stake sale, among other steps to recover their dues. Etihad Airways, once a minority shareholder in the Naresh Goyal-led Jet Airways, had evinced interest in taking control of the airline.

The UAE-based airline had been in talks with the Hinduja Group to take control of the airline for its revival. But they had laid down some difficult conditions in their offer, like asking banks to take a 95 per cent haircut on their dues. Since these terms did not sit well with the market regulator Securities and Exchange Board of India (SEBI), the discussions failed to take shape.

Meanwhile, the Jet Airways share continued its descent on Monday as the lenders met to decide the fate of the airline. The scrip has been on a downward trend for the past 11 sessions. Today it ended at 68.30 after a decline of 16.76 per cent and remained the top loser of the day.