The acquisition will create the world's largest hotel chain with top brands including Sheraton, Ritz Carlton and the Autograph Collection. 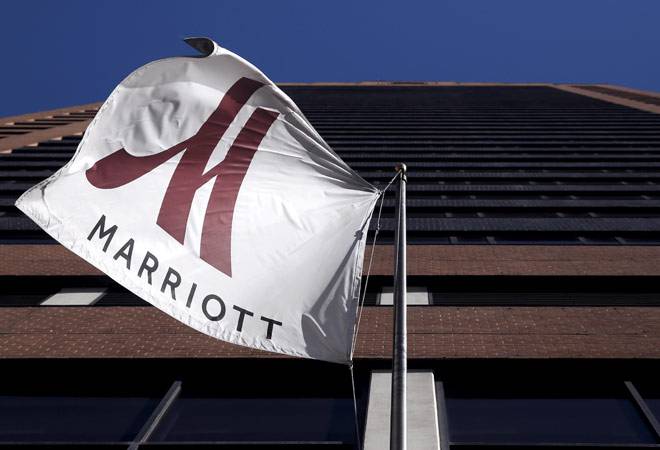 The combined company will have over 5,500 hotels with 1.1 million rooms worldwide, giving Marriott a greater presence in markets such as Europe, Latin America and Asia and allowing it to better compete with apartment-sharing startups such as Airbnb.

Airbnb is expected to eat into hotels' business as it signs up more and more homeowners, analysts warn.

About three-quarters of Marriott's rooms are in the United States. About half of Starwood's rooms are outside North America, but accounted for nearly two-thirds of its revenue in 2014.

"Our success has been driven by our ability to anticipate market shifts and meet those changes head on," Marriott Chief Executive Arne Sorenson, who will lead the combined company, said on a conference call on Monday.

The deal, one of the biggest since Blackstone Group LP bought Hilton Worldwide Holdings Inc for $26 billion in 2007, could spark industry consolidation.

Two sources briefed on the deal said Starwood shares had rallied on media reports that the company was in talks with several potential buyers. Starwood left "no stone unturned" in its process of seeking a buyer, said the sources, who asked not to be named because they were not authorized to speak on the record.

Marriott shares fell as much as 3.2 per cent, before closing 1.3 per cent lower on Monday, as hotel and airline stocks weakened on heightened concerns that the Paris attacks on Friday could curb travel.

Starwood investors will get 0.92 Marriott Class A share and $2 in cash for each share held. They will also get about $7.80 per share from the spinoff of Starwood's timeshare business and subsequent merger with Interval Leisure Group Inc, announced in February.

Starwood, owner of the St. Regis and Aloft hotel brands, had essentially put itself up for sale in April, when it said it was considering strategic alternatives.

The sources said competing bids for Starwood comprised a mix of stock and cash worth about the same as the Marriott offer.

Starwood, with a market value of $12.67 billion as of Friday, had reached out to InterContinental Hotels Group Plc, Wyndham Worldwide Corp and sovereign wealth funds for a possible deal since July, sources had told Reuters.

Hyatt Hotels Corp had also been involved in the sale process, one of the sources said on Monday.

Marriott estimated $100 million to $150 million in charges related to the deal and annual savings of at least $200 million starting the second year after the transaction closes.

Analysts said they did not expect antitrust objections as the combined company would hold less than 20 per cent of all US hotel rooms.

Starwood shareholders will own about 37 per cent of the combined company. Marriott expects to add three Starwood members to its board, bringing the total to 14, after the deal closes in mid-2016.