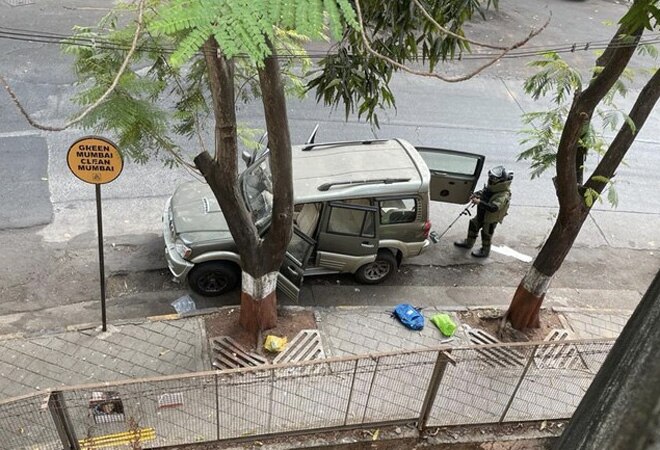 Around 20 gelatin sticks, which are used in making explosives in quarries, were found in an SUV near the Ambani house last Wednesday

Hiren Mansukh, a car parts dealer who was linked to an SUV filled with explosives found near RIL Chairman Mukesh Ambani's house, reportedly wrote a letter before his death accusing cops and journalists of harassing him.

He wrote the letter to Maharashtra chief minister Uddhav Thackeray, state home minister Anil Deshmukh and the Mumbai police chief, saying he was being harassed and sought police protection, reported NDTV. Hiren allegedly committed suicide by jumping into Kalwa creek on Friday. Police said the initial probe revealed it's a case of suicide.

His family members said he was found missing since Thursday night. As captured in the CCTV footage, Mansukh was also seen walking out of his house on Thursday. The Mumbai police have registered a case of accidental death and transferred it to the Maharashtra Anti-Terrorism squad.

Maharashtra home minister Deshmukh has said the SUV belongs to one Sam Muteb, while Mansukh had only done interiors, the channel reported. The SUV allegedly went missing, following which Mansukh filed a missing report. The minister also said the SUV could not be returned to the owner as the owner did not show up to pay for the interior work Mansukh did in the SUV.

Accusing police of harassment, Mansukh in his letter also explained how the car was stoned from his facility.

Police sources said the driver of the parked car got down and left in an Innova car that was seen in the area. The person sitting in the Scorpio couldn't be identified as he was wearing a mask, they said. The car was tracked to Mansukh Hiren, who in his statement to Mumbai Police, said that his car had not been in use for over a year.