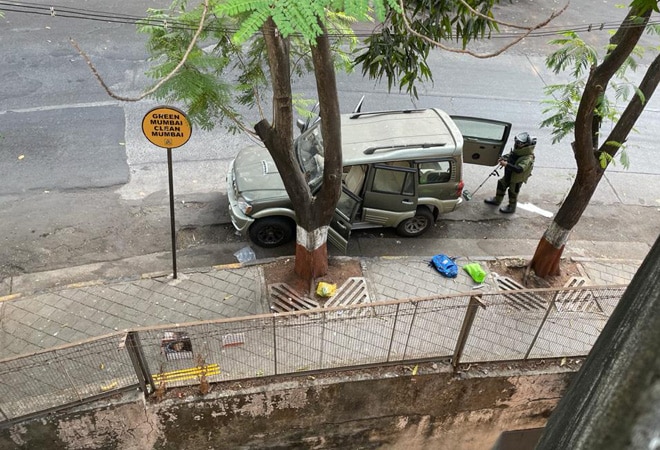 Explosive material was recovered from a suspicious vehicle outside Mukesh Ambani's residence in Mumbai on Thursday. Bomb Detection and Disposal Squad (BDDS) and other police teams found 20 gelatin sticks in the vehicle parked near Antilia on Carmichael Road, under the jurisdiction of Gamdevi police station.

The area has been cordoned off; pedestrian and vehicle traffic has been restricted in the region.

Police officials confirmed that it was not an assembled explosive device. The Crime Branch of Mumbai Police is further investigating the matter.

Maharashtra Home Minister Anil Deshmukh told mediapersons that the vehicle, a green Scorpio SUV, was parked some distance away from the multi-storey residence of Ambani, the Chairman of Reliance Industries. Ambani family is currently in Mumbai.

'Tech brought us together in limitless ways': How Tim Cook remembered Steve Jobs on his 66th birthday