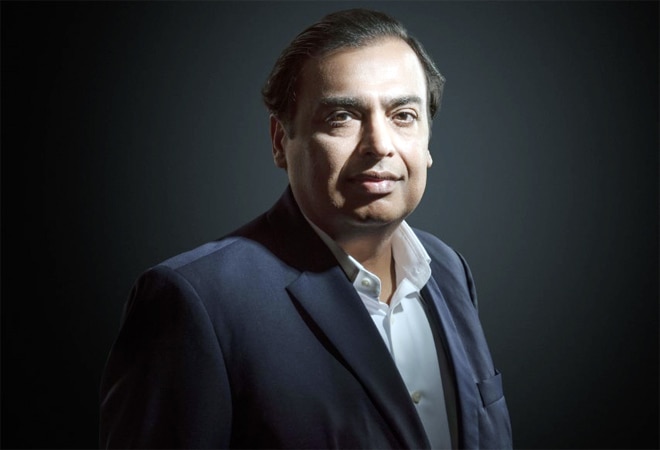 COVID-19 may have ravaged economies, including that of India's, but it has not been able to stop Mukesh Ambani, Chairman and MD of India's largest conglomerate, from raking in multi-billion dollar deals for his company, Reliance Industries Ltd. Ambani-led Reliance Industries has signed 18 deals worth Rs 1,90,438 crore since the first COVID-19 infused lockdown was imposed in India in March.

The deal-making process started with world's biggest social media platform, Facebook Inc, pumping in a record Rs 43,573.62 crore for 9.9 per cent stake in RIL subsidiary Jio Platforms Ltd (JPL) on April 22, making it the largest minority shareholder in the company. 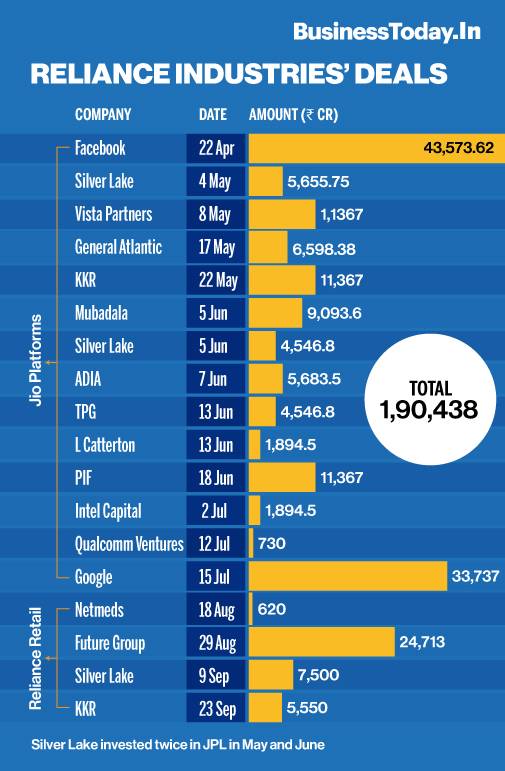 In total, Jio Platforms committed Rs 1,52,056 crore for a combined stake sale of 33 per cent in JPL, with the last investment worth Rs 33,737 crore from Google in July.

Jio Platforms came to prominence only when RIL signed the deal with FB this year, but it has since then become one of the crown jewels of Mukesh Ambani's business empire in India. However, the company was started back in 2010.

After signing up mega investment deals for Jio Platforms, Mukesh Ambani has shifted focus to Reliance Retail, another major vertical in the Reliance business. On August 19, Reliance Retail acquired a majority stake in Vitalic Health and subsidiaries, collectively known as Netmeds, for Rs 620 crore.

Now Ambani has plans to go the JPL way and raise around Rs 80,000 crore for Retail Retail to make further inroads into India's vast retail market, especially the rural India. He also aims to take the retail game to the global level to take on the likes of Walmart and Amazon.

This month alone, Reliance Retail has sold around 3.03 per cent stake in Reliance Retail for Rs 13,050 crore to the existing investors, Silver Lake Partners and KKR. Both these companies had also invested Rs 21,589 crore in Jio Platforms. While Silver Lake invested twice -- Rs 5,655 crore in May and Rs 4,567 crore in June -- in JPL, KKR infused Rs 11,367 crore on May 22.