Speaking at the Future Decoded CEO Summit in Mumbai, RIL chairman Mukesh Ambani told Microsoft CEO Satya Nadella during their dialogue that the data cost has been reduced to Rs 12-14 per GB now from Rs 300-500 per GB in the pre-Jio days 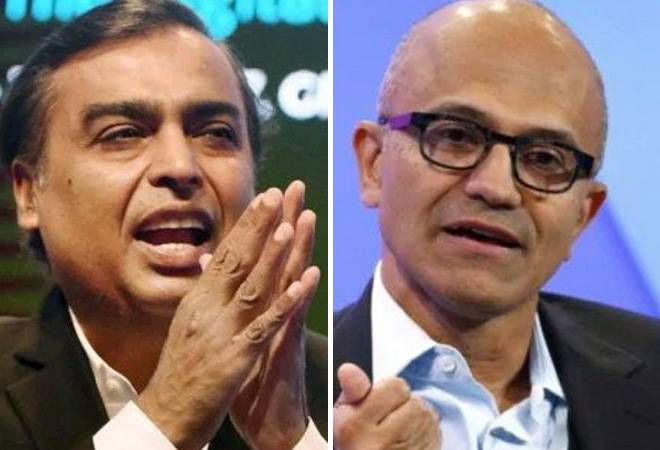 Speaking at the Future Decoded CEO Summit in Mumbai, Ambani told Nadella during their dialogue that the data cost has been reduced to Rs 12-14 per GB now from Rs 300-500 per GB in the pre-Jio days.

He added that the data consumption has increased and Digital India has become a people's movement now.

The RIL chairman highlighted that India is at the cusp of becoming a premier digital society, and will be among the top three economies of the world. He stated the big change driving this transformation is the deepening of mobile networks which are working at a much faster pace than before.

"It all kickstarted in 2014 when PM gave us the vision of Digital India... 380 million people have migrated to Jio's 4G technology," said Ambani.

Meanwhile, Nadella also encouraged Indian business entrepreneurs to develop all-inclusive technological capacities. "Indian CEOs need to build own tech capability and ensure that the solutions are inclusive," he said adding that 72% of jobs for Indian software engineers are based outside of the technology industry.

The Microsoft CEO is on a three-day visit to India during which he will go to Mumbai, Bengaluru and New Delhi between February 24-26.

"Microsoft CEO Satya Nadella will share his vision for the future of technology and how Indian organisations can lead in an era of digital transformation," Microsoft website said.

Also Read:This is the worst advice Satya Nadella has ever received