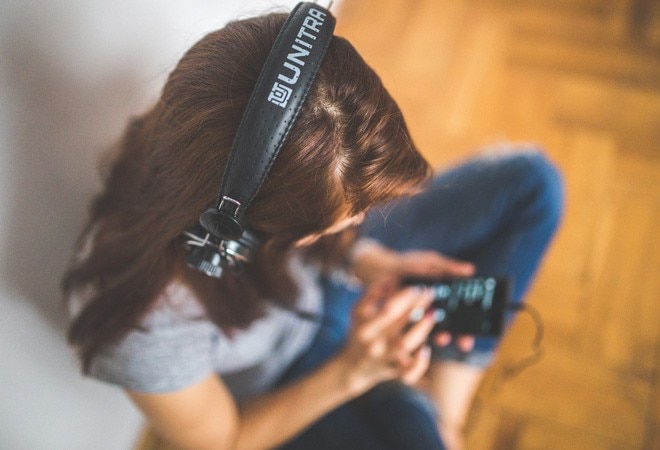 Over 200 million Indians listen to music through streaming apps such as Gaana, JioSaavn, Hungama and Amazon Music and the consumers are now further spoilt for choice with YouTube Music and Spotify entering the fray earlier this year. The number of active listeners is likely to go up to 400 million by 2021.

There is obviously no dearth of consumers downloading various apps and a large number of them are also willing to pay (the average pricing is around Rs 99 per month). Spotify for instance, got 1 million users within a week of its launch in February. But the challenge for most of these music streaming apps is to retain the active users, for most of them rely on Bollywood music and don't have too much content differentiation. The likes of Amazon and YouTube are using machine learning and artificial intelligence to create personalised playlists based on individual consumer interests. But that's surely not enough. Gaana has launched five podcasts under its Gaana Originals label. These podcasts don't have music and are essentially comedy and story-telling by the likes of actors, Rannvijay Singha (who is doing a motivational self-help programme, Life Ki Ran-Neeti), Sunny Leone, stand-comedian, Zakir Khan and a couple of others.

Prashan Agarwal, CEO, Ganaa, prefers calling his podcasts new age radio. "Podcast is too western and most of the people at least beyond the top metros will not understand podcasts."

Agarwal says that Gaana has been experimenting with podcasts for a while and it has got them a positive response. "As people become more comfortable with this form of consumption, our goal is to get to about 100 million streams per month on podcasts by March 2020."

But with OTT video platforms such as Hotstar, Zee5, Amazon Prime Video and Netflix spending crores on creating original content in multiple languages, will there be enough takers for podcasts? "I think in about two years, there is a high possibility of a video fatigue setting in and people will want to switch off and listen to more audio content where podcasts will play a big role," says an optimistic Agarwal.

A popular way of differentiating from one another is by focussing on regional music and independent music. Currently, under 10 per cent of the portfolio, the likes of Gaana and others expect their independent music labels to contribute not just to their revenue significantly, but also to become a key content differentiator. In fact, regional markets such as Punjab thrive on non-film music.

The music streaming apps are also offering language packs to get more consumers on board. In fact, numbers prove that Indians spend more time listening to music. According to a recent Deloitte and Indian Music Industry report, Indians spend 21.5 hours a week listening to music in comparison to the global average of 17.8 hours. No wonder, music streaming platforms are focussing on creating their own labels.

In order to churn out a portfolio of original content, it's important to have subscription revenues too. Over 50 per cent revenues of most streaming platforms come from advertising, which subscription-only platforms are aware off and have hence priced themselves more competitively. Spotify is priced around $1.50 per month versus $10 in the US. Gaana has reduced its annual pricing of Rs 999 to Rs 400 and that has helped the streaming platform in getting more paid subscribers, claims Agarwal.