A mining law enacted in March by the government means the company would now also have to buy a mining licence in an auction. Originally, the Odisha government had promised to help the company obtain the licence for free. 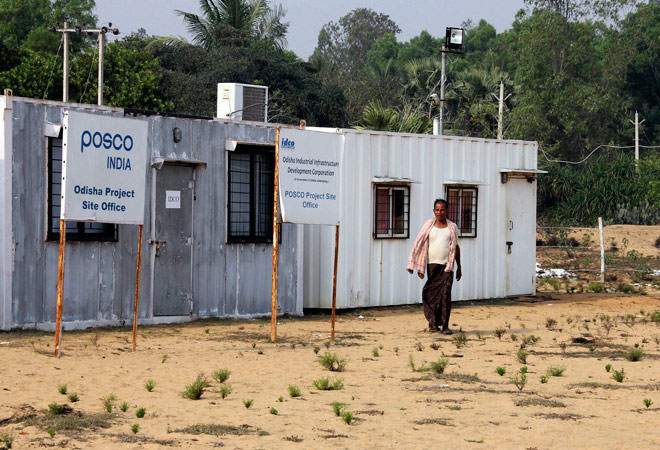 South Korean steelmaker POSCO could scrap plans for a $12 billion project it had agreed to set up in India a decade ago, after a new law makes it costlier to source iron ore for the plant, a company spokesman said.

The 2005 project to set up a steel plant in Odisha was billed as India's biggest foreign direct investment at the time, but it has encountered a series of delays.

The company waited almost a decade to acquire land for the proposed 12 million-tonnes-a-year steel plant due to opposition from local tribal groups.

A mining law enacted in March by the government means the company would now also have to buy a mining licence in an auction. Originally, the Odisha government had promised to help the company obtain the licence for free.

That could raise costs for the company at a time when a global steel glut is depressing prices.

"We will have to see how our costs will be, whether it will be viable," POSCO's India spokesman IG Lee said.

"We will take a final call only after auction details come."

Asked whether POSCO could skip the auction and withdraw from the Odisha project, Lee said: "Yes".

POSCO and ArcelorMittal, the world's top steelmaker, have scrapped a number of other projects in India over the past two years, citing difficulties in acquiring land and mines.

Another withdrawal by POSCO, the No. 6 steel firm, could dent Prime Minister Narendra Modi's "Make in India" manufacturing push.

Odisha's mines minister, Prafulla Kumar Mallik, said his government remained keen to help POSCO, but had not heard from the company.

The union Steel and Mines minister, Narendra Singh Tomar, has repeatedly ruled out making an exception for POSCO.

Since the mining law was announced in March, POSCO has cut a number of jobs in Odisha, given up real estate and not rebuilt temporary site offices that were burned down by people protesting against land acquisition by the company.

"We downsized in April because there is no work," Lee said.

Instead, POSCO is importing steel from South Korea for its expanding network of processing centres in India.

It will raise its processing capacity by about a fifth to 680,000 tonnes through a new plant in Modi's home state of Gujarat next year, Lee said.

A free-trade agreement between the countries means South Korean companies pay little or no tax on steel shipped to India.