Ruchi Soya owes over Rs 9,345 crore to financial creditors led by State Bank of India, which has an exposure of Rs 1,800 crore, followed by Central Bank at Rs 816 crore, Punjab National Bank at Rs 743 crore and StanChart at Rs 608 crore and DBS at Rs 243 crore 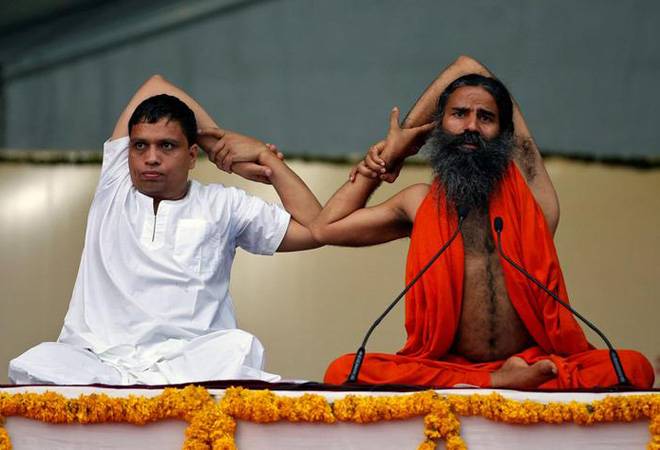 After a protracted battle, the NCLT Thursday finally cleared the Rs 4,350-crore bid by yoga-exponent Ramdev-run Patanjali Ayurved to take over edible oil player Ruchi Soya, which owes over Rs 9,345 crore to the lenders & around Rs 2,800 crore to other creditors. The NCLT approval comes after it dismissed the petitions filed by Standard Chartered Bank and Singaporean lender DBS, which had both challenged the low bid by Patanjali and the resultant lower payout.

Ruchi Soya owes over Rs 9,345 crore to financial creditors led by State Bank of India, which has an exposure of Rs 1,800 crore, followed by Central Bank at Rs 816 crore, Punjab National Bank at Rs 743 crore and StanChart at Rs 608 crore and DBS at Rs 243 crore. Thus the resolution comes at over Rs 60 percent haircut to the lenders. That apart, the RP has admitted claims worth Rs 2,716.61 crore from operational creditors. The order does not say how much they will get from the proceeds, though.

The tribunal said its "approval for the deal is subject to the resolution professional (RP) bridging the information gap regarding the exact source of funds worth Rs 600 crore that is part of bid before the next date of hearing on August 1." The tribunal also asked the RP to furnish the actual cost of the entire resolution process. "The RP is directed to submit detailed breakup of the entire resolution cost before the next date of listing on August 1," the tribunal said in a 43-page order.

He also said the company will utlise the infrastructure of Ruchi Soya for the betterment of farmers. The NCLT had concluded the hearing on the case on May 10 and reserved its order on the Rs 4,350-crore offer by Patanjali to take over the crippled edible oil firm. Reserving the order it had sought clarity on Rs 600-crore of part- funding committed as internal accruals for the acquisition.

The counsel for the Haridwar-headquartered Patanjali reiterated that Rs 600 crore of the Rs 4,350-crore fund would be met through internal accruals but did not furnish a detailed break-up of the same yet, despite the tribunal directing it to do so twice. In December 2017, NCLT admitted the bankruptcy petition filed by Standard Chartered Bank and DBS against Ruchi Soya and had appointed Shailendra Ajmera as the RP, who had received over two dozen expressions of interest initially.

But financial bids were submitted only by Adani Wilmar and Patanajali. Later citing delays, Adani withdrew from the process despite being the highest bidder, leaving Patanjali alone in the fray, which had in April increased its bid value by around Rs 140 crore to Rs 4,350 crore. The offer excludes a staggered capital infusion of Rs 1,700 crore.

With the acquisition of Ruchi Soya, Patanjali will become a major player in soyabean oils and other edible oils. Ruchi Soya has many functional plants and its leading brands include Nutrela, Mahakosh, Sunrich, Ruchi Star and Ruchi Gold and has one of the best functional and the largest infrastructure for soyabean. Adani Wilmar, which sells edible oil under the Fortune brand, was the highest bidder last August after a long-drawn battle with Patanjali. But then said the process was getting delayed as Patanjali moved the Mumbai NCLT.

For Patanjali, which was clocking multi-fold growth in recent years, saw a marginal growth in FY18 hit by GST, finishing at around Rs 12,000 crore, the deal will help boost both bottomlines and topline. In FY17 it had a turnover of Rs 10,561 crore, registering 111 percent growth. The Competition Commission had cleared the deal on March 6, 2019.