With nearly 90 million square feet of office space coming up for renewal this year, real estate sector is pinning its hope on recovery of big IT companies 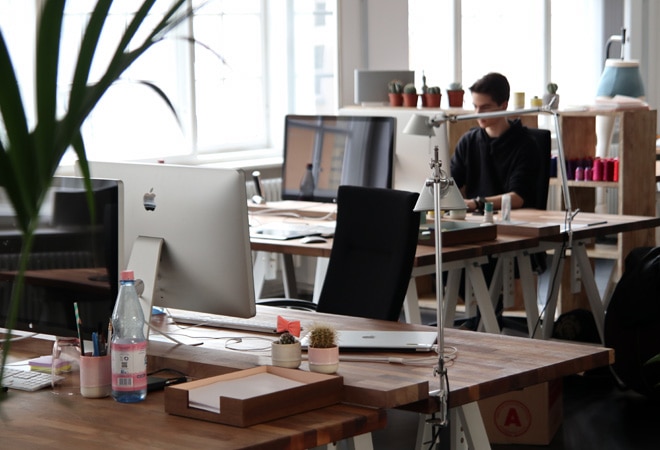 With nearly 7,400 leases of approximately 90 million square feet coming up for renewals in 2021 across the six major commercial real estate hubs -- Bengaluru, Mumbai, Pune, Chennai, Gurugram and Noida -- real estate firms are now hoping for renewals to pick up on the back of hiring spree in big companies.

"The office market has been under strain since the pandemic came in. However, the IT, ITeS sectors have been on a hiring spree in 2020 and 2021 due to massive business accruals. To accommodate these employees in a future, when we see a gradual return of employees and adoption of hybrid workplace practices by infotech giants, office space demand will grow" said Prashant Thakur, Director & Head - Research, ANAROCK Property Consultants.

Out of the 90 million square feet coming up for renewals in 2021, Bengaluru has the highest share of about 37 per cent, while Mumbai is a distant second at 19 per cent. Pune is third with 17 per cent, while Gurugram has a 15 per cent share. Noida has the least number of leases due for renewal, comprising a mere 3 per cent share of both total lease numbers and the overall area, said an ANAROCK report.

While the robust hiring by big companies is expected to help the sector with lease renewals, smaller companies might look to give up space.

"The leases coming up for renewal in 2021 were entered into at much lower rentals - at rates that prevailed 3 to 5 years ago - since office leases are usually signed for the long-term. There is some room for rental escalation in many of these leases," said Thakur.

The average vacancy levels in Grade A office space across the top 7 cities is up again, breaching the 15 per cent mark. Rising COVID-19 cases in cities like Mumbai Metropolitan Region (MMR) and Bengaluru, the markets with highest commercial demand, and stringent curfew restrictions are cause for concern, said the report.

Embassy Office Parks REIT, the country's largest player in the office space, in its latest quarterly results said that in FY22 around 1.9 million square feet of space would be coming up for expiry, comprising only 6 per cent of the revenues and in-place rents, 47 per cent lower versus market rents per CBRE, and 1.4 million square feet likely exits, comprising 4 per cent of revenue, which it says is a 'business as usual' churn and also because of COVID induced exits and portfolio housekeeping. However it said it was on track for additional 14 per cent rent escalations due on 7.7 million square feet across 89 leases in FY2022.

However, with most IT firms not cutting back on hiring, industry experts expect a gradual return to normalcy in the overall office space demand during 2022 and 2023, with IT/ITeS sectors among the prime drivers of overall leasing activity in the top cities.