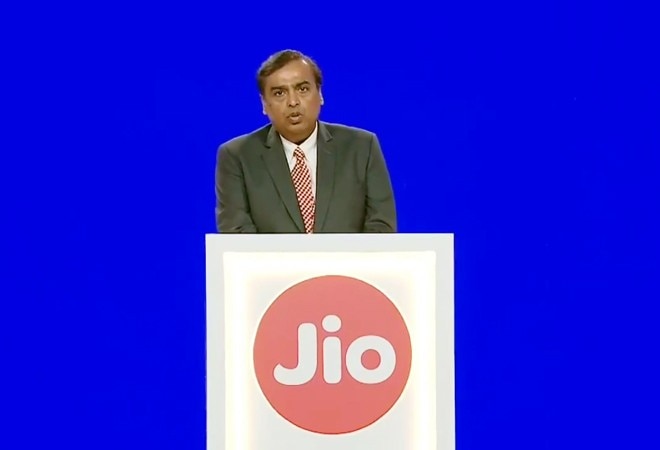 The company's EBITDA for September quarter stood at Rs 5,166 crore, up 44.6 per cent from Rs 3,573 crore reported in the second quarter last year. EBITDA margin also improved for the quarter at 41.8 per cent, 315bps higher on an annual basis. The company claimed in a statement that it is on the way to achieve 50 per cent EBITDA margin.

The September quarter saw Reliance Jio subscriber base reaching 355.2 million, up 40.8 per cent year-on-year. The company registered net subscriber addition of 103 million during the past twelve months; as well as net subscriber addition of 24 million for the quarter. Data traffic for the quarter increased 55.9 per cent annually to 1,202 crore GB, whereas voice traffic increased 52.2 per cent year-on-year to 81,262 crore minutes

"After tremendous success on mobile broadband connectivity business, Jio is now geared up to kick-start other growth engines - home broadband, enterprise services, small & medium business connectivity, and internet of things (IoT). This along with digital platforms and solutions across blockchain, edge compute, artificial intelligence, and cloud infrastructure which have been developed by a strong talent pool within the Reliance group would transform India into an AI-first economy across all sectors," said Reliance Industries Chairman Mukesh Ambani.