Suzlon, which is controlled by Gujarati businessman Tulsi Tanti, was saved by lenders many times in the past seven years 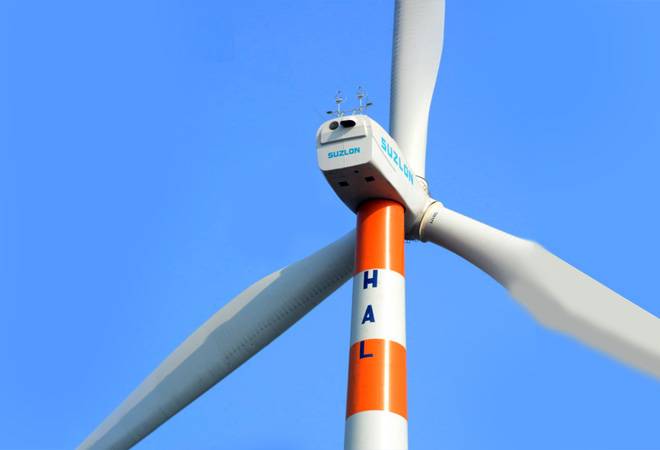 Creditors are believed to have said no to a 50 per cent haircut in their exposure in debt-ridden Suzlon Energy and may push the company into bankruptcy as there are no takers for its assets. The plans of reviving the wind turbine manufacturer will end here, if no buyer turns up at the last moment. Banking sources point out that there is no option left before the company to repay its debts and protect it from going to bankruptcy court, National Company Law Tribunal (NCLT).

"Banks will not be able to recover dues from Suzlon considering its abysmal performance. The company is going from losses to losses. The new buyers who came with enquiries want us to take haircut of over 50 per cent. Rather than taking the blame on us, it's ideal to pass the case on to the bankruptcy court. We hope lenders will be able to achieve the same kind of loan recovery through resolution," said a lender of Suzlon. An email sent to Suzlon's corporate communication didn't elicit any response.

Issues started when Suzlon failed to make payment of principal of $172 million on outstanding foreign currency convertible bonds (FCCBs), due in July. It was reportedly negotiating with Denmark-based Vestas Wind Systems and Canadian investment firm Brookfield Asset Management for majority stake sale at that time. But both deals fell through after lenders asked for higher valuation. Suzlon, in August, had offered Rs 8,500 crore one time debt-resolution plan to lenders that was backed by Vestas again. The reports said that the offer would lead to lenders taking a haircut of 44 per cent.

Suzlon, which is controlled by Gujarati businessman Tulsi Tanti, was saved by lenders many times in the past seven years. They restructured loans in 2013, gave time to sell-off assets to settle loans and facilitated Sun Pharma chairman Dilip Shanghvi to come in as stakeholder. When many billionaires surrendered businesses to the Insolvency and Bankruptcy Code (IBC), Tanti managed to scrape through the financial constraints. They sold off gearbox manufacturing unit Hansen and German subsidiary Senvion SE (formerly REpower) for repaying debts, which once swelled to Rs 17,000 crore. With 23 per cent stake, Dilip Shanghvi and family are currently the largest shareholder in Suzlon. Tanti and family hold less than 20 per cent stake. Of that, more than 76 per cent has been pledged. The firm is valued just Rs 1,500 crore on stock market.

The annual report said the company had defaulted in repayment of principal and interest payable to lenders aggregating to Rs 412.38 crore in the last financial year. It defaulted term loans, working capital loans and failed in making payments to certain overdue creditors. According to the company, it incurred losses primarily due to lower volumes, foreign exchange losses, impairment losses, and finance costs which resulted in negative net worth in the last financial year.

Judicial infra not up to the mark despite Rs 7,460 crore govt funding: Report