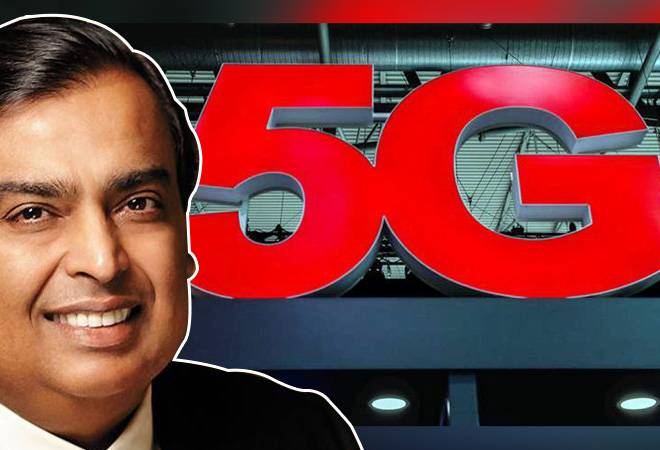 Mukesh Ambani's Reliance Jio has sought the government's permission to undertake 5G trials in India using its own technology and design. With this, Jio has emerged as the first Indian telecom major to seek 5G trials based on self-designed technology.

Apart from Reliance Jio, three global telecom service providers, Huawei Technologies, Ericsson, and Nokia Networks, are also vying to cash in on India's 5G plan. If trials are successful, this will also end Reliance Jio's dependence on Samsung, which was earlier its sole equipment supplier for 4G technology, a Business Standard report said. Jio had submitted an application to the government to conduct its 5G trials with Samsung earlier.

The development comes amid Reliance Jio's long-drawn plan to solidify its design and technology base in the country. From Rancore Technologies to US-based Radisys -- Reliance Jio has been making all-out efforts to step-up its 5G game in India.

The launch of 5G-enabled technologies is expected to be transformative in the telco and other industries by unlocking various disruptive new technologies. Global investment in the 5G industrial chain over 2020-2035 is likely to reach $3.5 trillion.

Also read: How to make 5G affordable? TRAI, DoT must decode it now

During a recent event between India Inc captains and US President Donald Trump, Reliance Industries' Chairman Mukesh Ambani was asked a question about his 5G plans. "Are you going to do 5G too?," Trump asked Ambani to which he replied, "We're going to do 5G. We are the only network in the world that doesn't have a single Chinese component."

The government last year had asked the telecom operators to submit their trial proposals. While Vodafone Idea and Airtel have submitted their proposals jointly with Ericsson, Nokia, Huawei, and ZTE, Reliance Jio, on the other hand, had submitted an application with Samsung, which is the sole vendor for Jio for its 4G services.

On the 5G front, the biggest roadblock for Jio, or for that matter any operator, is going to be steep spectrum prices. The base price of the 5G spectrum (in 3,300 megahertz to 3,600 megahertz band) is highest in India. At TRAI's recommended reserve price of Rs 492 crore per MHz, operators will have to pay around Rs 50,000 crore for 100 MHz pan-India spectrum - that's the minimum spectrum required to deliver 5G services (in sub-6000 MHz bands) as per global body ITU. The government has also said that it's not planning to reduce the base price for the 5G spectrum.

Mining expected to resume in Goa from April: Pramod Sawant