M3M and Tribeca will develop 250 super luxury homes under a brand licence from The Trump Organization, which is currently led by Donald Trump Jr, son of US President Donald Trump. 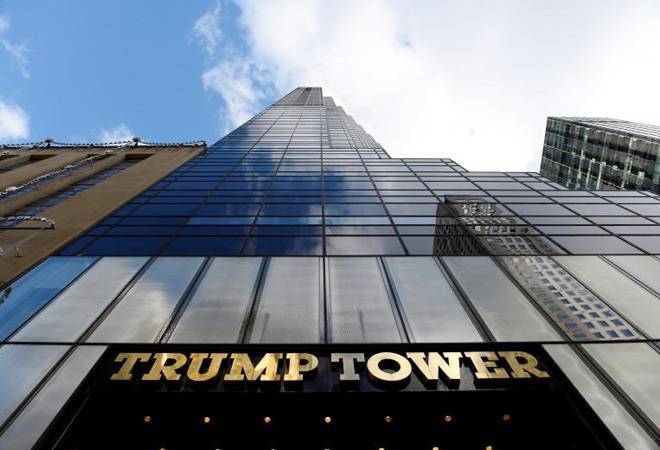 American real estate brand 'Trump Towers' will make its debut in North India in collaboration with real estate firms M3M India and Tribeca Developers, which launched a luxury residential project in Gurugram on Wedneday involving investments to the tune of Rs 1,200 crore.

M3M and Tribeca will develop 250 super luxury homes under a brand licence from The Trump Organization, which is currently led by Donald Trump Jr, son of US President Donald Trump. Initially, the apartments, which will have three and four bedroom options, will be sold at prices ranging from Rs 5 crore to Rs 10 crore. The size of the flats ranges from 3,500 sq ft to 6000 sq ft.

This is the fourth Trump Tower project in India after Pune, Mumbai and Kolkata. M3M India Director Pankaj Bansal said they would soon launch sales of "Trump Towers Delhi NCR", a residential development, at the prime Golf Course Extension Road of Gurugram. Donald Trump Jr., Executive Vice President of the Trump Organization was quoted as saying in a statement: "Trump Towers Delhi NCR will quickly become the most prestigious address in the city.

With its stunning architecture, beautiful interior options and lavish amenity spaces, our goal was to bring the best of the Trump brand and luxury living to Gurugram. I'm incredibly proud to see the overwhelming response that Trump Tower Kolkata has received during the soft launch and look forward to repeating this success with Trump Towers Delhi NCR.''

The construction work of the towers, each around 50 floors and over 600 ft facing golf course, will start in March and the project will be completed in 5 years.

The towers will have the signature all glass facade. Each residence will have private elevator, while a third of the residences will have over 22-feet high double-height living rooms.

Bansal said the project would involve a cost of Rs 1,200 crore excluding land cost. M3M India and Tribeca expect sales revenue of Rs 2,500 crore from this project. This will be the biggest Trump project in India with development of over one million sq ft, Tribeca founder Kalpesh Mehta said, adding that it took two years to design this project.

He said the company is targeting high net worth individuals and NRIs to sell this project. M3M India has provided the land for this project and the company would be responsible for development as well.