Warren Buffett's Berkshire Hathaway is in talks to invest about Rs 2,000-2,500 crore in Paytm parent One97 Communications - possibly the first direct investment in India by the legendary investor. 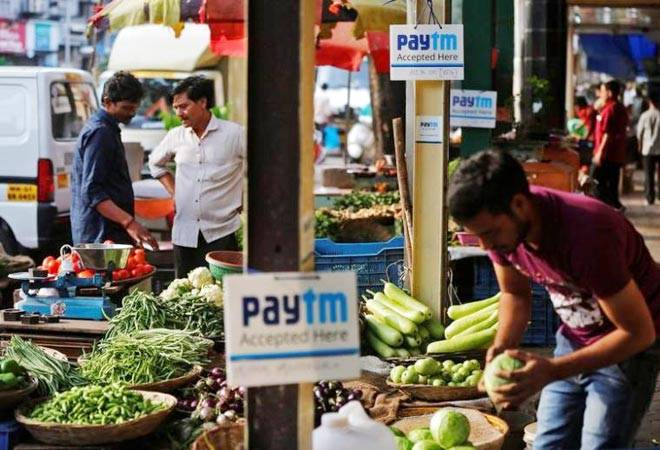 Last May, Warren Buffett had made it clear in an interview that he was not going to repeat his PetroChina deal, where he made a 720 per cent return on his 1.3 per cent stake in just five years. He also told ET Now that he would prefer to buy a business wholly, be it in India or elsewhere. It seems that Vijay Shekhar Sharma's Paytm - India's largest digital financial services provider - has managed to change the Oracle of Omaha's mind.

According to The Economic Times, Buffett's Berkshire Hathaway is in talks to invest about Rs 2,000-2,500 crore in Paytm parent One97 Communications - possibly the first direct investment in India by the legendary investor. "Berkshire is in talks to pick up a 3-4 per cent stake in the company and it is being done through a primary subscription of shares," a source in the know told the daily.

The news is making waves because this would reportedly also be Buffett's first investment in a privately-held company that is yet to turn profitable, underlining the potential he sees in India's technology market. Indeed, regulatory documents show that One97 posted a loss of Rs 899.6 crore in the 2016-17 fiscal. However, the company fared significantly better than the previous year, when it had reported a loss of Rs 1,496.7 crore. The Registrar of Companies (RoC) filings also show that the company's total income had jumped over 38 per cent to Rs 828.6 crore in FY 17.

Citing another source the daily added that Berkshire Hathaway was "impressed by the scale that Paytm has been able to build in a short period of time" and recognises that tech firms "go through a cycle of losses" before they start making money.

Though the size of the deal has not been finalised yet, the transaction was reportedly discussed at the Paytm board meeting a few weeks ago and could be clinched in the coming weeks, valuing Paytm at over $10 billion. That's a nearly 43 per cent jump in valuation from $7 billion last year when it raised $1 billion from Japan's Softbank Vision Fund. The digital payments major, which also counts China's Alibaba Group Holdings among its investors, had been valued at around $10 billion during the secondary share sale by employees earlier this year.

Sources added that one of Buffet's key deputies, Todd Combs - who is also seen as a potential chief investment officer at the firm - is leading the transaction. If things go to plan, Buffett's backing will give major fillip to Paytm, allowing it to consolidate its market position against the challengers like Flipkart-owned Phonepe and Google's Tez. Furthermore, Facebook-owned WhatsApp Payments and Reliance Jio also have big plans in this space.

The development comes against the backdrop of a rapid expansion and diversification drive by One97. To begin with it has signed several deals in recent times, including savings management application Balance Technology Pvt. Ltd earlier this month, in an attempt to upgrade user experience.

In addition, it has been diversifying its business across financial services and offline payments after acquiring customers through services such as mobile recharges, rail and air bookings, movie ticketing and utility bill payments. Apart from its thrust on Paytm Payments Bank Ltd, which also manages its digital wallet, One97 is also looking to launch its mutual fund distribution platform under Paytm Money Ltd. It has reportedly set a target of 20 million customers in the next three years.

Meanwhile, Buffett will be hoping to get second-time lucky on his India bet - Berkshire had forayed with a much fan-fare into the Indian non-life insurance sector as a corporate agent of Bajaj Allianz General in 2011 but was compelled to shut shop two years later due to lack of profitability and laws constraining foreign stake in companies.