After Swiggy, Zomato to raise $400 million at $2-billion valuation from existing investors 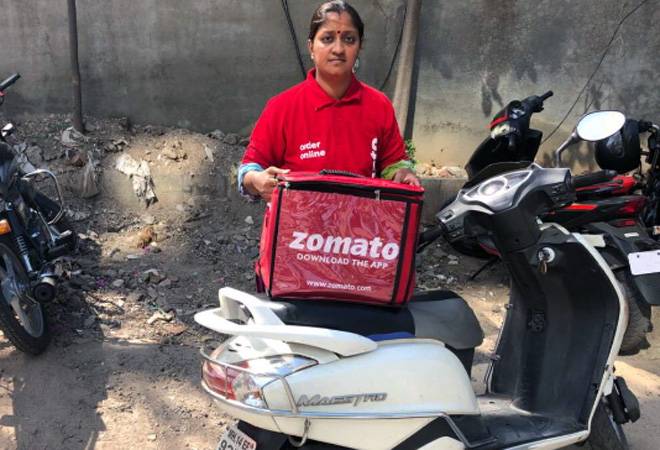 A day after its rival Swiggy announced to raise $210 million from its existing and new investors, online food delivery start-up Zomato Media Pvt Ltd also claimed it was in talks to raise $400 million (Rs 2,712 crore), valuing the food-tech company at $2 billion. Zomato is believed to be in negotiations with its existing investors Alibaba's Ant Financial Services Group and Temasek Holdings to raise more funds as the online food delivery space continues to flourish in India, a Mint report said.

Besides, SoftBank Group is also planning a big entry into India's booming food tech space, following its exist after raking in $4.5 billion out of the $16-billion Flipkart-Walmart deal. The Japanese conglomerate held an exploratory discussion with Zomato in May regarding a possible investment. It is exploring a possible funding of up to $200-250 million in Swiggy too.

The food delivery business in India is on the roll. According to RedSeer Consulting, the online food delivery market in India totalled $0.3 billion in 2016. A CAGR of 90 per cent is expected to take the segment to $4 billion by 2020. The sector had reportedly seen investments to the tune of $500 million in 2015, followed by a rough period of consolidation and correction.

Both Swiggy and Zomato had raised $100 million and $200 million, respectively, in their last round of funding this year, but now competition in the food delivery segment has increased with the entry of new players. Uber Eats, which was launched in India last May by the world's biggest ridesharing cab company Uber, and FoodPanda, which is owned by Ola, are also expanding aggressively to newer cities. Uber is expected to invest $200 million into UberEats in India, Ola has earmarked an identical amount to grow FoodPanda.

While Zomato is present in 23 countries, its rival Swiggy has operations across 15 nations. Zomato has been able to reduce its losses in the past one year to Rs 389 crore in March 2017 from Rs 590 crore a year earlier. Its biggest competitor Swiggy has over 35,000 restaurant partners on its catalogues and a massive delivery fleet of over 40,000 across 15 cities including Delhi, Mumbai, Bengaluru, Kolkata and Hyderabad.