Piyush Goyal's statement came ahead of the ground-breaking ceremony of the bullet train project which is scheduled to be performed on September 14 by Prime Minister Narendra Modi and his Japanese counterpart Shinzo Abe. 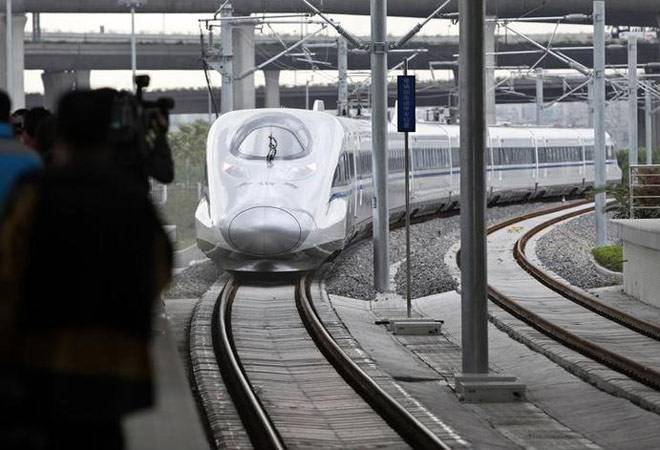 Newly-appointed Railway Minister Piyush Goyal on Monday said that the Ahmedabad-Mumbai bullet train project would be completed one year before the schedule. The Minister said that the officials of Japanese and Indian Railways have set the deadline of 2023 but considering the pace of work, the project is likely to be ready by August 15, 2022.

The Railway Minister talked about the high-speed railway technology and said: "Country's rail network will be transformed and revolutionised after the advent of bullet train. Railway ministry has opted for Shinkansen technology as it has been a zero accident train in Japan and I am sure the track record will remain the same in India."

He further said that bullet trains will boost employment in the country in a big way and that in future India will be able to export bullet trains too. According to Goyal, the bullet train project will generate nearly 15 lakh jobs in India.

Earlier in May, Achal Khare who is the managing director of the National High Speed Rail Corporation said that the bullet train project would be completed by December 2023. India's Ahmedabad-Mumbai bullet train is a Rs 1 lakh crore project which involves construction of a 505-km line using Japan's Shinkansen technology.

The high-speed bullet which will run between Ahmadabad and Mumbai is expected to cover 505 kilometers in about two hours. The operating speed for the train will be around 320 kmph.

Japanese Prime Minister Shinzo is on a state visit to India from September 12-14. In his last visit to the country, Abe had offered to provide USD 12 billion of soft loans to build India's first bullet train. The loan was offered at an interest rate of 0.1 percent with repayment over 50 years and a moratorium for 15 years.

Japan will bear 80 per cent of the total project cost and the increase in cost estimate has to be borne by both India and Japan. During Abe's this week visit, the loan agreement may also be signed. Last year in December, India and Japan had agreed on a fully elevated bullet train corridor between Mumbai and Ahmedabad.

Apart from the ground-breaking ceremony, both the dignitaries will also lay down a foundation stone for a high-speed railway training centre at Vadodara, where 4,000 staff will initially be trained for the project. The training institute will be functional by the end of 2020. The facilities at this institute will be utilized to train the staff in next three years, who will then be utilised for operation and maintenance of the high-speed train. In addition, 300 young officials of Indian Railways are being trained in Japan to give them exposure in high Speed Track Technology.

Keeping in view the long-term plan for human resource development, government of Japan has also offered 20 seats per year for Master's course from the universities of Japan, for serving Indian Railway officials.

Man beaten up in Delhi for speaking in fluent English, 3 arrested