Atmanirbhar Bharat not to stop imports but to boost manufacturing: FM

FM says government wants imports to come in; says rising crude oil prices were a concern as they have a direct impact on inflation and that petroleum ministry is finding an alternative source of crude 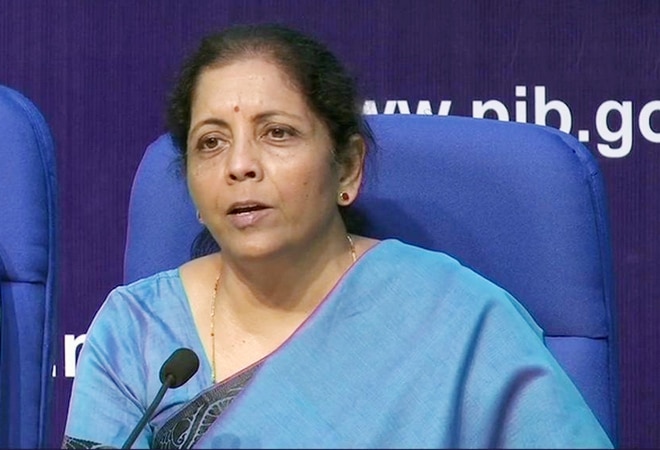 Finance Minister Nirmala Sitharaman has said Prime Minister's Atmanirbhar Bharat campaign was not intended to stop imports but unleash India's manufacturing companies. She said both the Centre and the RBI were in sync on the issue of rising bond yields in the US. She said the Centre was also on top of the situation arising due to the increasing number of Covid-19 cases. The FM also spoke on the Centre's divestment plan and the issue of IBC suspension.

Sitharaman acknowledged the rising crude oil prices were a concern that had a direct impact on inflation. She said the petroleum ministry was trying to find an alternative source of crude.

She said to cut taxes on fuel, both the Centre and states needed to discuss issues in detail, as its effect on both consumers and the economy at large must be pondered upon.

She said the RBI and the Centre were keeping a close watch on the rising bond yields in the US. She said India does not face the risk of taper tantrum repeating now. "The way in which it appears, now because there's a greater sync between the RBI and the government, we are keeping a good watch and I don't think India faces that risk of taper tantrum repeating now," she said.

She was referring to the US' unwinding of the quantitative easing programme in 2013, which led to money leaving from the emerging markets and further led to the RBI raising interest rates.

Sitharaman said the rising number of Covid-19 cases was a cause of worry both for the Centre as well as the industry, which is why the Centre has ramped up the inoculation drive. She said the government will double down on the Covid vaccination efforts in the coming days and hoped the situation will come under control.

Speaking on the issue of disinvestment, the FM said the Centre's PSE (public sector enterprises) divestment plan was aimed at making them more efficient. She said the PSEs were being sold so business could continue, not for their closure.

"My privatisation is not something which is going to end up selling for closure. No, I'm selling for the business to continue," she said.

The FM also spoke on the issue of extension of the suspension of the Insolvency and Bankruptcy Code (IBC), which is ending on March 25. She said the Centre will be more careful before taking such decisions but going back to normalcy was also crucial.

Also read: Focus on new areas opened up by govt: Sitharaman to students