Mining and manufacturing output declined 5.5 per cent and 3.3 per cent, respectively, in February, while power generation grew 0.1 per cent. 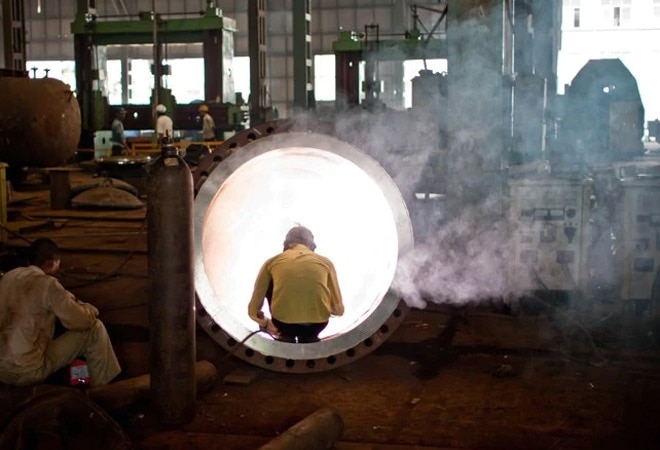 India's industrial output, measured by the Index of Industrial Production (IIP), contracted 3.6 per cent in February, with mining and manufacturing registering a decline, while electricity output increased marginally.

Mining and manufacturing output declined 5.5 per cent and 3.3 per cent, respectively, in February, while power generation grew 0.1 per cent.

"For the month of February 2021, the quick estimates of Index of Industrial Production (IIP) with base 2011-12 stands at 129.4. The indices of industrial production for the mining, manufacturing and electricity sectors for the month of February 2021 stand at 116.5, 129.3 and 153.9 respectively. These quick estimates will undergo revision in subsequent releases as per the revision policy of IIP," the Ministry of Statistics & Programme Implementation (MoSPI) said on Monday.

In February 2020, industry output had grown by 5.2 per cent. Cumulatively, IIP contracted 11.3 per cent during April-February 2020-21 as against a 1 per cent growth during the same period in 2019-20. Industrial production was hit hard by the coronavirus pandemic and the nationwide lockdown imposed to curb the spread of infections. IIP had declined for five consecutive months from April to August in financial year 2020-21, before returning to positive territory in September and October.

Along with February numbers, the IIP numbers for January after first revision and for November 2020 after final revision were also released. While IIP contracted 0.9 per cent in January, the contractions was 1.6 per cent in November 2020.

Meanwhile, India's retail inflation, calculated on the basis of Consumer Price Index (CPI), increased to 5.52 per cent in March from 5.03 per cent in February.