Over 3,000 world leaders from business, politics, art, academia and civil society will attend the 48th World Economic Forum (WEF) Annual Meeting over the next five days in the small ski resort town where the Indian presence will be the largest ever with over 130 participants. 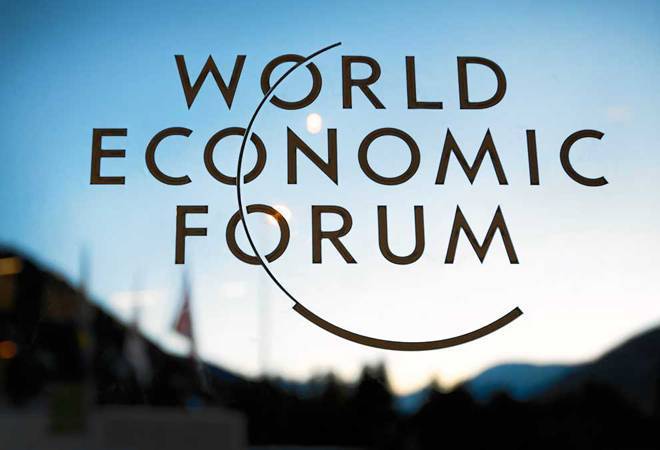 Over 3,000 world leaders from business, politics, art, academia and civil society will attend the 48th World Economic Forum (WEF) Annual Meeting over the next five days in the small ski resort town where the Indian presence will be the largest ever with over 130 participants. WEF Chairman Klaus Schwab will declare the summit open today evening with a welcome message on the meeting's theme, 'Creating a Shared Future in a Fractured World'. It will be followed by honouring Bollywood superstar Shahrukh Khan, Australian actress Cate Blanchett and legendary musician Elton John with the annual 'Crystal Awards' for their respective work towards improving the state of the world. Prime Minister Narendra Modi is expected to pitch India as a growth engine for the global economy.

The annual Oxfam survey is out and the results are disturbing. The richest 1 per cent in India cornered 73 per cent of the wealth generated in the country last year. This presents a worrying picture of income inequality in the country. The annual Oxfam survey is keenly watched and is discussed in detail at the World Economic Forum Annual Meeting. Last year's survey had showed that India's richest 1 percent held a huge 58 percent of the country's total wealth higher than the global figure of about 50 per cent. The report titled 'Reward Work, Not Wealth', shows how the global economy enables the affluent elite to accumulate vast wealth even as millions of people struggle to make ends meet.

After turning profitable, Jio plans another wave of disruption

While Jio's rivals are facing tough times, Reliance Jio Infocomm has turned profitable , posting a net profit of Rs 504 crore for the third quarter of the fiscal year. Bharti Airtel's third quarter net profit fell 39 percent. A major reason for Jio's profit and loss of Airtel is the 57% cut in the interconnection usage charge (IUC) by the Telecom Regulatory Authority of India from 1 October last year.  Riding high on its first profit, Ambani is betting big on kirana stores. Reliance Jio will offer its subscribers digital coupons to buy at kirana stores at discounted rates. It will not spend its own money on discounts. It will only mediate between manufacturers and kirana stores to benefit its subscribers.

Even if you have the moolah to spare, you'd best get into the habit of thinking before you spend. Because the government, as part of its stepped-up efforts to prevent money laundering, is planning to make all retailers report purchases of above Rs 6 lakh to the Financial Intelligence Unit (FIU). FIU, under the finance ministry's Department of Revenue, is the central national agency responsible for receiving, processing, analyzing and disseminating information relating to suspect financial transactions to enforcement agencies. The move is expected to not only help Income Tax Department to identify individuals whose purchases are disproportionate to their known sources of income but also help government agencies such as the Enforcement Directorate to sniff out money laundering activities.

India will overtake China to be the fastest growing large economy in 2018 and the country's equity market will become the fifth largest in the world, says a report. According to a Sanctum Wealth Management report, when the rest of the world offers low growth and insufficient structural change, India, by contrast, is seen as a reforming economy with the prospect of strong long-term growth.At a time when developed economies are cheering 2-3 per cent growth, India is focused on breaching 7.5 per cent, it said. Moreover, India also benefits from a favourable contrast to other emerging markets. In particular, the fact that China is downshifting to a slower pace of growth.

Amazon.com Inc will open its checkout-free grocery store to the public today after more than a year of testing. It's an experiment that could dramatically alter brick-and-mortar retail. It would make cash registers redundant as shoppers simply walk out with what they want. The Seattle store, known as Amazon Go, relies on cameras and sensors to track what shoppers remove from the shelves, and what they put back. If someone passes back through the gates with an item, his or her associated account is charged. If a shopper puts an item back on the shelf, Amazon removes it from his or her virtual cart.