Union Budget 2019: Nirmala Sitharaman raised excise duty and road and infrastructure cess on the auto fuels by Rs 2 per litre and levied Re 1 per tonne customs or import duty on crude oil 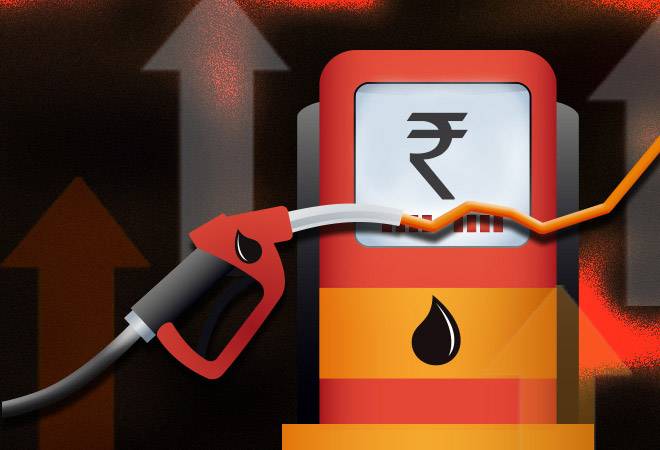 Budget 2019: Since 2014, the Modi government has increased excise duty even as global prices fell, leading to an increase in the Centre's revenue.

Union Budget 2019: A day after Union Finance Minister Nirmala Sitharaman increased excise duty and cess of fuel, petrol prices have jumped up to Rs 2.5 per litre across all metro cities of India. While petrol is priced at Rs 72.96 in Delhi, up from Rs 70.51 on Friday, diesel prices have reached Rs 66.69, up from Rs 64.33 yesterday. Here's the new fuel price buildup for the other three metro cities of India.

During the first Budget speech of the Modi government on Friday, Nirmala Sitharaman raised excise duty and road and infrastructure cess on the auto fuels by Rs 2 per litre to raise over Rs 28,000 crore. Post considering local sales tax or Value Added Tax (VAT), which is charged after adding central excise duty on base price, the increase in petrol price comes around Rs 2.5 per litre and Rs 2.3 on diesel. The Finance Minister levied Re 1 per tonne customs or import duty on crude oil, which will also help the government raise additional funds.

It has been a common practice in the past to cut duties when global crude prices increased. However, since 2014, the government has been found increasing excise duty even as global prices fell, leading to an increase in the central government's revenue. According to the Ministry of Finance's revenue collection estimates, the Centre collected over Rs 2.579-lakh crore by levying taxes on the petroleum products in FY19. This is a massive jump from the gross revenue collection of around Rs 88,600 crore in 2013/14. In FY18, the collection was Rs 2.016-lakh crore.