Bullet train may miss 2023 deadline due to COVID-19 pandemic 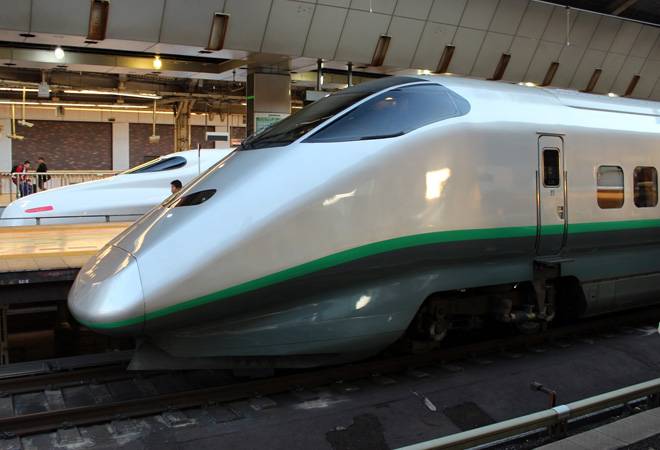 The 508.17-kilometre long network will pass through three districts in Maharashtra

The Mumbai-Ahmedabad bullet train project, which is scheduled to be completed by December 2023, may fail to meet its deadline due to the coronavirus pandemic that has led to delays in opening tenders and land acquisition, officials said.

The National High Speed Rail Corporation (NHSRCL) has already acquired 63 per cent of the land for the project -- about 77% land in Gujarat, 80% in Dadar Nagar Haveli and 22% in Maharashtra. Officials said there are still issues in acquiring land in areas like Palghar in Maharashtra and Navsari in Gujarat.

Last year, the company had floated nine civil work tenders which could not be opened because of the coronavirus pandemic, officials said.

"Because of COVID we had to postpone the opening of a few of the tenders. It is difficult to assess the impact of the pandemic on the project as it is still continuing. We cannot say how the pandemic will affect the project as I don't know how long it will last," NHSRCL MD Achal Khare said.

Officially, the NHSRCL spokesperson maintained that the deadline for the project remained 2023.

One of the civil work contracts for construction of stations, bridges, viaducts, maintenance depots, and tunnels across the network is to the tune of Rs 20,000 crore.

Tenders for civil works for 345 kms out of 508 kms alignment, or 68 per cent of civil works, have already been floated. This includes six MAHSR stations (including one underground station in Mumbai). The works related to utility diversion are progressing well and the construction of Sabarmati passenger hub (a multi modal hub) in Sabarmati, Gujarat has also started.

The hostel building of High Speed Training Institute (which is presently being used for COVID-19 patients) and training tracks in Vadodara are also completed.

Apart from land acquisition, another major cause for delay could be cost escalation owing to a fall in the rupee against the Japanese yen.

While the extent of the cost escalation has yet not been confirmed by the railways, sources said it is estimated that it will rise from the present Rs 1.08 lakh crore to 1.70 lakh crore.

The total cost of the project is pegged at Rs 1.08 lakh crore and as per the shareholding pattern, the Government of India is to pay Rs 10,000 crore to the NHSRCL, while the two states involved, Gujarat and Maharashtra, are to pay Rs 5,000 crore each. The rest is to be paid by Japan through a loan at 0.1 per cent interest.

One section of the Ahmedabad-Mumbai high-speed rail corridor is likely to be tendered out within three months after nearly 90 per cent of the land acquisition for the project is completed, an official said.

Officials said that to complete the project, the NHSRCL has divided the work in 26 packages, each has to provide a minimum of 30 months time for the contractors to finish their work.

"So, even if the land acquisition is completed and tenders are opened, NHSRCL will be unable to finish the work within the deadline. Also, the Japanese who have been allotted land here have not been able to begin any of their works, which is sure to delay the project further," said the official.