Coronavirus crisis: A huge demographic opportunity for India; here's how 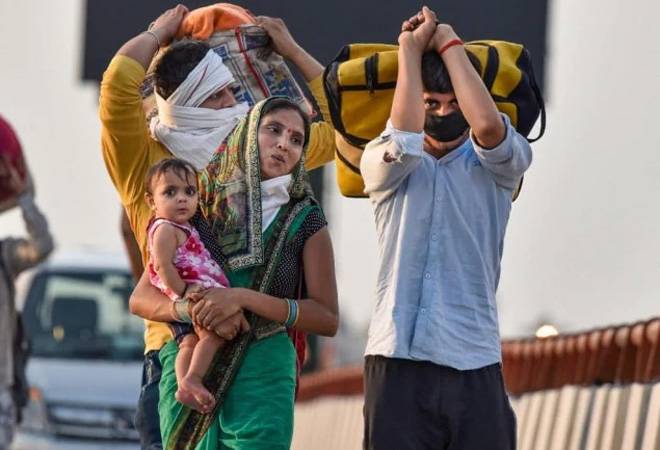 India has the lowest number of women working as a share of the total workforce in the G20, barring Saudi Arabia

2.       Opportunity to get women into the Indian workforce

3.       Time to provide jobs to migrant labourers in villages

As the Indian economy is currently battling multiple crises, one clear message that emerged at a Confederation of Indian Industry (CII) webinar is that the Indian economy could rebound over the next 6-9 months based on the resilience shown by the people, businesses and government. The participants in the webinar on 'New Normal: Impact of Covid on Business and Economy,' pointed out that every crisis throws up opportunities too.

In the current crisis, there is a huge demographic opportunity for India. As more companies look to get more people to work from home regularly, this is an opportunity to get more women into the Indian workforce.

India has the lowest number of women working as a share of the total workforce in the G20, barring Saudi Arabia. Raising women's participation in the Indian labour force to that of men can boost India's GDP by 27 per cent according to a joint paper by then IMF chief Christine Lagarde and Norway's Prime Minister Erna Solberg.

It is time to leverage this opportunity. Now is the moment for corporations to hire women who have been out of work, just to look after their families.

Similarly, as migrant labour has gone back to their villages, there is an opportunity to get these people employed in their villages themselves, provided industry sets up shop there. It would raise economic activity in the smaller towns, while reducing the pressure on the big cities.

Speaking of the benefits, Aditya Berlia, Chairman- CII Delhi and co-Promoter Apeejay Stya says: "While the economy could contract by 5-15%, we have been able to connect with government officials quite easily. It would be great if in future too industry can discuss with government without having to come to Delhi every time."

Much of the economic activity that happened over the past two months when there were concurrent emergencies--coronavirus, cyclone, locust swarms and earthquakes-was driven by the telecom network and the IT industry.

Rajan S Mathews, Director General, Cellular Operators Association of India (COAI) says: "Over the last two months, the load on our network simply exploded. Add to that issues over keeping it on after the Amphan cyclone. From accounting for 6% of the national GDP, telecom was accounting for 35%. All this was possible due to the sustained investment that has been made over the years in building a robust network." He goes on to point out that the telecom sector is rebuilding after a tariff war and needs to fiberise its network.

According to Prativa Mohapatra, VP Sales at IBM India and South Asia, the telecom industry has emerged as the nervous system and IT as flesh and blood in the current crisis. The pandemic has shown the importance of business continuity planning and need for businesses to be agile. According to her, 99 per cent of IBM India started working from home in less than five days. That's the agility that is needed in such times.

Coronavirus vaccine update: Positive developments from China and India; check out the details