COVID-19 is airborne, acknowledges US CDC

Revising its public guidelines on COVID-19, the top US medical body has modified the listed modes of SARS-CoV-2 transmission to comprise the probability of the virus being airborne 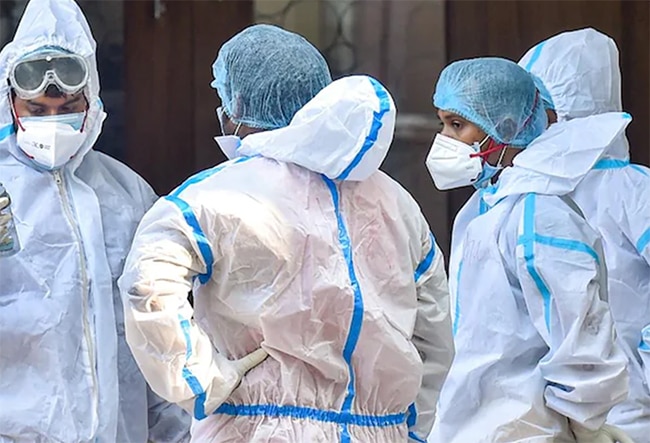 The US CDC has revised the modes of SARS-CoV-2 transmission in its guidelines on COVID-19 to include the possibility of the virus being airborne (Photo: PTI)

The US Centers for Disease Control and Prevention (CDC) has recognised that SARS-CoV-2, the virus that causes COVID-19, is airborne and can be transmitted via respiratory fluids, which are fine droplets released during respiration.

Revising its public guidelines on COVID-19, the top US medical body has modified the listed modes of SARS-CoV-2 transmission to comprise the probability of the virus being airborne.

"People release respiratory fluids during exhalation (e.g., quiet breathing, speaking, singing, exercise, coughing, sneezing) in the form of droplets across a spectrum of sizes. These droplets carry virus and transmit infection," the updated guidelines on US CDC's website noted.

The US CDC also noted that while infections through inhalation at distances greater than six feet from an infectious source are not as likely, an infectious person breathing out the virus indoors for a prolonged period of time can result in concentration of the virus in the air, which may then infect people who are even six feet away.

The medical body's guidelines update comes nearly a month after a report in the Lancet medical journal claimed that there is consistent, strong evidence to prove that the SARS-CoV-2 virus is predominantly transmitted through the air.

Also Read: COVID-19 is airborne but doesn't mean outside air is contaminated; here's what it means

The analysis by six experts from the UK, US, and Canada said public health measures fail to treat the virus as predominantly the airborne route leave people unprotected and allow the virus to spread.

"It is urgent that the World Health Organization and other public health agencies adapt their description of transmission to the scientific evidence so that the focus of mitigation is put on reducing airborne transmission," Jimenez stated.

Also Read: Dentists recommend changing toothbrush after recovering from COVID-19; find out why